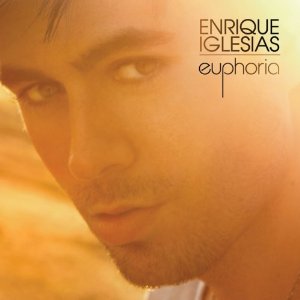 MetroPCS Communications, Inc., and Huawei will be the presenting sponsors for the highly-anticipated Enrique Iglesias Euphoria Tour, featuring international music sensation Pitbull and bachata artist Prince Royce, which kicks off September 22, at the TD Garden in Boston.

Starting September 9 through October 2, fans can visit MetroPCS’ Facebook page to register to win the “Escape to Miami for Enrique and Euphoria sweepstakes,” sponsored by MetroPCS and Huawei. The trip includes roundtrip airfare, hotel accommodations, autographed souvenirs, a Huawei M835 smartphone and a meet-and-greet and photo with the Spanish superstar.

“Our customers want access to all of the music and entertainment they can get their hands on, right on their phones,” said Tom Keys, president and COO of MetroPCS. “Few artists hold the mass appeal of Enrique Iglesias, making him the perfect fit for MetroPCS as we deliver an incredible music experience for all consumers, along with the industry’s most affordable wireless services and the latest Huawei devices.”

The tour comes on the heels of the release of Enrique’s first bilingual studio album Euphoria, featuring collaborations with Akon, Usher, Ludacris and Pitbull, among others. The album was an instant success, both in the United States and internationally, with hits like, “I Like It,” “Cuando Me Enamoro” and “Tonight (I’m Loving You),” reaching the top of the Billboard Charts. Enrique’s 9th studio album Euphoria is being re-packaged with a November release date which will include brand new songs, collaborations with new artists, as well as bonus DVD footage from his Euphoria Tour. Pitbull’s sixth studio album, Planet Pit, debuted at number seven on the Billboard 200, and Prince Royce’s self-titled debut album went double platinum.