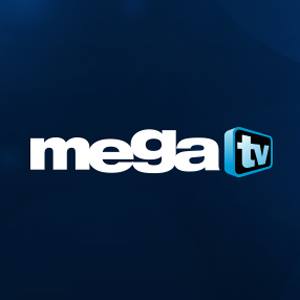 MegaTV is catching on with millennial youth in the U.S. and Puerto Rico with its campaign of “Súbele el Volumen a la Mega [Turn Up the Volume on la Mega]” by Jencarlos Canela during the month of celebration

MegaTV is celebrating 9 years of history since it became the first TV channel in Miami to broadcast in high definition, in addition to offering its exclusive content nationally via DIRECTV. MegaTV is a dream founded by communications leader Raul Alarcon on March 6, 2006. Since its beginnings, the famed TV station has featured first-class talent that has given its all day after day to the delight of millions of viewers nationwide.

From its earliest days, MegaTV has been unwavering in offering high quality content to its viewers, who honor our diverse programming with their viewing loyalty. MegaTV continues to position itself as the fast-growing young Hispanic network in the United States.

For this occasion, MegaTV has organized a number of events in which it will showcase the new productions that will be premiering in coming months.

“We give you our most sincere thanks for staying with us, and invite you not to miss a single minute of our programming that we have prepared with much love for our faithful audience, and we ask you to keep on giving us the opportunity to make you laugh and cry day in day out,” commented Albert Rodriguez COO of SBS.

Thanks to you, MegaTV is consolidating its position once again as an alternative channel for the millennial in the United States, and it is one of the few that remains unwavering in its commitment to bringing the best to consumers, which has made MEGATV Your Channel! ¡La Mega se Pega! [La Mega is Catching on!]

As part of the celebration, MegaTV, is about to strike again with the release this week of the campaign, “Subele el Volumen a la Mega,” as it says in the new jingle sung by popular young talent Jencarlos Canela. The network’s exclusive jingle has a catchy rhythm, the distinctive signature of all MegaTV campaigns, and can only be seen if you tune into “La Mega.”

“When I heard Jencarlos’ theme song, ‘Bajito,’ it won me over right away, and I asked for us to create an exclusive version for MegaTV,” said Maria I. Montoya, Vice President for Programming and Creative Services (On Air Promotions). “Súbele el Volumen a La Mega” is an invitation, especially to the millennial generation, to tune into our channel and discover the best option for Hispanic TV in the United States and Puerto Rico.”

The video for the campaign was produced by Montoya’s creative direction and MegaTV’s On-Air Promotions crew. It projects a youthful image with a style that is both urban and refined at the same time, unmistakable stamp of the screens of “La Mega,” as the network is commonly known.

The tune “Bajito” that animates the campaign was written by Jencarlos Canela, and is his new single, produced by multi-award winning producer Maffio, with the musical collaboration of singer KY-MANI Marley, daughter of the legendary Bob Marley.

MegaTV is proud to present this innovative campaign addressed to the millennial generation in the United States during the network’s month of celebration.