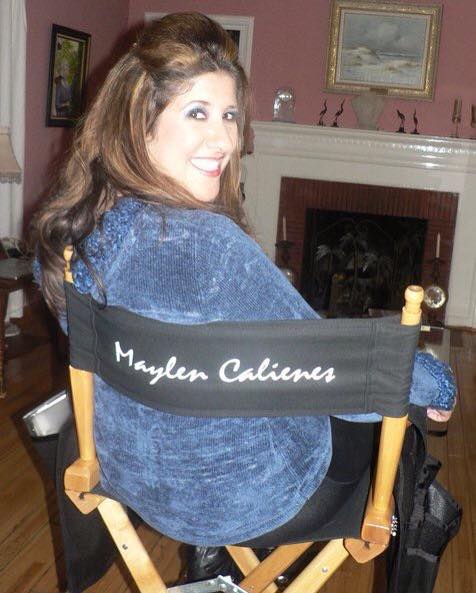 If Hollywood is giving out awards for individuals who promote diversity in the film industry, Maylen Calienes certainly isn’t waiting for one.

The young actress, writer, producer, and director is too busy these days organizing the First Annual Latino Mixer at Sundance Film Festival that will be held January 27th in Park City, Utah, where the iconic 10-day celebration of cinematic arts takes place.

Calienes takes a “somebody-had-to-do-it” approach. “I go there to support the work of independent filmmakers,” Calienes says of Sundance. “There’s a lack of representation when it comes to the Latino community.”

Still, Calienes insists that Sundance is a great place to network and find people to collaborate with on upcoming projects. She says no one at Sundance feels excluded from events. “That’s the beautiful thing about Sundance. Everyone invites everybody else.”

Despite this sense of inclusiveness, Calienes felt there was a need to create an event that celebrates the achievements of Latinos in film. And, she says that already, she’s been surprised by the response the mixer’s received. “I actually posted the invitation [on Thursday night]. Since then, it’s been non-stop. [People are saying to me,] ‘Latinos will finally have an event. I’ll be there!’”

Calienes, who is Cuban-American, got her start in theatre. “I competed nationally and started directing theatre in Miami,” she says. “Here in L.A. is where I started working on movies. I started working with filmmaker friends.”

Calienes first film, “The Dance of Death,” premiered at the L.A. Short Film Festival at the avant-garde ArcLight Cinemas.

By now, the motivated cinephile has produced six films, the latest of which is “The Three Bilinguals,” a comedy-drama about a Mexican, a Cuban and a Puerto Rican who meet at the reading of their father’s will.

But she’s noticing a disturbing trend in the industry that she hopes to help change. “I feel like [Latinos in the film industry] are divided,” Calienes observes. “I feel we’re the ones that create the divide, too. To make a move, it’s collaboration. You can’t make a movie without a producer, director, caterer, etc… I’m not angry about any of that. Our job is to educate.”

It’s with this goal of effecting change that Calienes set out to host the groundbreaking mixer for Latinos. “To have our movies more out there, it should be about collaboration. I want to create collaboration. I want us to support each other,” she says. “If I’m able to make a movie with a low budget, I can make an event with a low budget. As independent filmmakers, we don’t have a budget for marketing, [but] we can promote [each others’ work] using social media. You’re putting it out there for everyone to see.”

Calienes is optimistic that Latinos in Hollywood are products of being raised in a culture that revolves around family. “We grew up in a family environment. I don’t see why we can’t learn about each others’ cultures and support each other as artists. We’re very much alike.”

“My main thing that I’ve been pushing in film is diversity, [like in my film, “The Three Bilinguals”]. I will continue to push diversity in my movies. In the end, I am Latina, and I know how it works. I had to start creating my own projects.”

Of course, in the general public’s eye, Hollywood often seems like a ruthless environment, and the tabloids that love to pit artists against each other don’t help.

But for those who think division and competition are inevitable, Calienes has a direct response. “In the end, we have something in common. We’re storytellers. We can tell stories. There’s enough room in this world to tell everyone’s stories.”

As for Hollywood, Calienes shares her thoughts. “You are who you want to be, and you create your own Hollywood. Who do you choose to connect with and surround yourself with?”

Tinseltown is known for having a short attention span, and it takes time to start a movement like the one Calienes is championing for Latino artists. But, one thing’s for sure. Calienes won’t be waiting on the sidelines for her turn. “I don’t just sit around waiting for opportunities to come to me, I create them.”