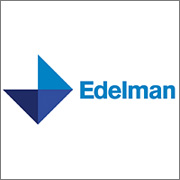 Edelman has released Marketing to the Modern Family – a new study with insights about marketing to the family of the future that revealed surprising findings, including more than a third of dads feel that they are now acting in the role of a traditional “mom.”

From skill set vs. gender roles, to happily married vs. happily unmarried, the study revealed the chief purchasing officer in families is changing. Based on the insights below, a small spend and “test and learn” approach from marketers can optimize future success.

“While the essence of parenting hasn’t changed, the look and make-up of the American family has seen a huge shift – from more moms in the workforce to a rise in multigenerational households,” said Christina Smedley, Global Chair of Edelman’s Consumer Marketing Practice. “Marketing to the Modern Family found that, while moms are still a critical audience for brands, changing dynamics have created a new set of rules and audiences that marketers should consider when targeting the family of today.”

The study, which was commissioned in August 2011, included in-depth interviews with 2,482 consumers among a cross-section of today’s modern family: single parents, working moms, gay partners, multicultural heads of households and grandparents. Questions were influenced by a panel of experts who reflect the modern family through their own demographics, and with expertise in key areas including health and wellness, technology, finance and pop culture.