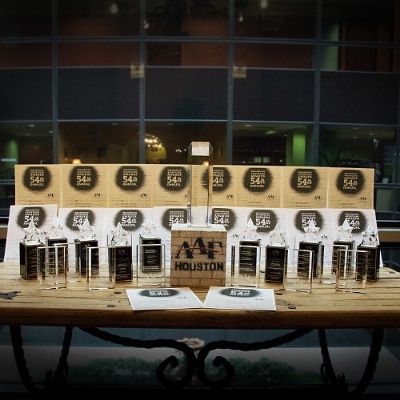 The winning campaign featured acclaimed actor Gael García Bernal in four national television spots that aired across U.S. Hispanic media – one :60 and three :30 commercials. The series focuses on Gael, in his 2015 Chrysler 200, interacting with a young boy, Paquito, claiming to be him from the past. When Paquito catches a glimpse of his “real” future self, he’s inspired to leave ordinary behind and go someplace new with Gael. The commercials use humor, cultural cues and a spirit of individuality to convey a unified message: “Why choose ordinary when you can have extraordinary?”

Other landmark awards given to the agency include the Brett Elliott Award for Excellence in Copywriting and the Special Judges’ Award for Excellence in Art Direction, both for “Salt of the Earth,” another campaign for Fiat Chrysler Automobiles. “Salt of the Earth” encompassed three anthemic TV commercials that worked to align the sweat Latino workers put into building a life for themselves and their families with Fiat Chrysler Automobile’s RAM truck division.

“This is a very proud moment for us as an agency. We’ve had a fantastic run earning Best in Show nods in different categories throughout our 30 years, and to receive our thirteenth consecutive Best in Show – to set that new personal record – is very rewarding. And to top that off with the recognition of receiving the Brett Elliott and Special Judges’ awards was an even bigger honor. Our continued success couldn’t be possible without our clients, our suppliers and everyone who made the work – and the wins – possible, and we’re very grateful for each and every one. Most importantly, the winning work performed extremely well in the marketplace, and that is what it’s all about,” says Lopez Negrete Communications President and CEO Alex López Negrete about his agency’s recognitions.