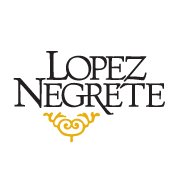 Lopez Negrete Communications, Inc. earned 56 American Advertising Federation – Houston chapter awards, two of which were “Best in Show,” in the Digital and Broadcast categories, respectively. 2015 marks the eleventh consecutive year that the agency has earned “Best in Show’ awards, with this year being the first year it takes home top honors in two categories.

“While our agency has had a fairly incredible run of earning Best In Show nods in one category or another for a decade – as we go into our 30th anniversary, it’s particularly rewarding to come out of a show with two Best in Shows and 54 Gold, Silver and Citation of Excellence awards. To win on this scale with work for almost every one of our clients represented is a testament to our abilities, resiliency and, most importantly, the partnership we enjoy as a team and with our clients. We are very grateful to our clients, our suppliers and everyone who made the work – and the wins – possible. Most importantly, the winning work performed extremely well in the marketplace, and that is what it’s all about. It’s a very proud moment for us, indeed,” says Lopez Negrete Communications president and CEO Alex Lopez Negrete about his agency’s recognitions.

“It’s a true honor for our efforts to be awarded in this manner,” says chief creative officer Fernando Osuna. “Our wins for our 2014 campaigns indicate that the success of our ideas in 2015 depends on a multi-disciplinary, integrated approach that is stronger than ever. We are excited to continue on the same path this year – with groundbreaking creative ideas that achieve client goals and are not dictated by media, but rather designed in a fashion where media is used to serve the ideas.”