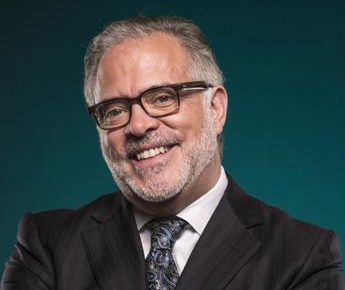 Lopez Negrete Communications’ President, CEO and co-founder Alex Lopez Negrete received the prestigious Ohtli Award, a recognition from the government of Mexico during a ceremony at this year’s United States Hispanic Chamber of Commerce convention in Houston. Bestowed by the Government of Mexico to a leader outside of said country, the Ohtli celebrates the recipient’s commitment to lifting the Mexican or Latino community, along with their vision and impact. The award, consisting of a medallion, silver rosette, and a diploma, is presented once a year. It symbolizes opening a path to progress as reference to Ohtli being the Nahuatl word for “path” among the Aztecs.

“We’re thrilled that Alex has been recognized by the government of Mexico with the Ohtli award – the most prestigious honor that Mexico can offer a foreign citizen,” said USHCC President & CEO Javier Palomarez. “Alex has built one of the nation’s preeminent multicultural full service advertising agencies, with a client roster including some of the world’s most iconic brands. He is an exceptional entrepreneur and a true role model for the Hispanic community. The USHCC congratulates him for his extraordinary achievement.”

“To impact my community and to deliver on my promise and commitment to the constituencies I hold myself accountable to is reward enough,” said Lopez Negrete. “However, to receive the Ohtli Award, as a Mexican-American, is far beyond my dreams and expectations.”