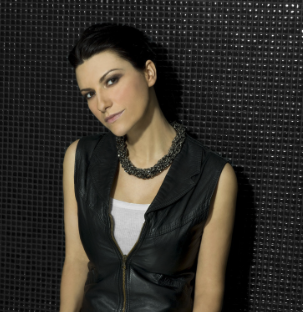 Laura Pausini has been named the second judge for Univision Network’s music-based reality entertainment competition “La Banda,” set to premiere in September 2015. Laura Pausini, along with fellow judge Ricky Martin and the entire “La Banda” team, will focus on finding the ultimate Latino super group.The music-based, reality-competition show “La Banda” was developed by Univision Communications Inc. (UCI), Simon Cowell’s SYCO Entertainment and Haim Saban’s Saban Brands and co-produced with FremantleMedia Latin America. “I can’t wait to flagyl 500 mg start; I’m looking forward to it! La Banda will be truly special because this project mixes solo artists who not only have to be powerful on their own but who will then explode when they join together as a group. But as judges we have to get this right and I know it will be incredibly important to balance all aspects of each their talents,” said Laura Pausini “I’m absolutely delighted Laura will be joining La Banda on the judging panel. She’s a huge international star and I believe she has both the experience and the passion to judge the talent and help the fans vote for the next Latino super group on La Banda, ” said Simon Cowell. Laura Pausini has become one of Italy’s best-selling singers of all-time with over 70 Million albums sold. Pausini’s success is celebrexonline-pharmacy.com the result of her versatility as a global multi-cultural ambassador with the ability to perform in five languages (Italian, Spanish, Portuguese, English, and French.) With a strong music fan base from all over the world, Pausini has topped the Billboard Latin charts and received multiple awards including Latin Grammy, Premio Lo Nuestro, Billboard Latin Awards, and zocor more. “La Banda” will search the U.S. and Puerto Rico to put together the ultimate Latino super group. Representing all Hispanic cultures, contestants will compete for their place in “La Banda” and for a recording http://cialis24hour-pharmacy.com/bestsellers.html contract with Sony Music Latin, label home to Simon Cowell’s SYCO Music. “La Banda”, hosted by popular Univision Network personality Alejandra Espinoza, will premiere in September 2015. The show producers include: Kelly Belldegrun, executive producer for SYCO Entertainment, Nigel Hall, executive producer for SYCO Entertainment, Gert Verpeet, executive producer for FremantleMedia Latin America, Treicy Benavides, executive producer for FremantleMedia Latin America and Cisco Suarez, executive producer for Univision Communications.   For more information, follow La Banda on social: @LaBanda on Instagram, Vine and Twitter, and Facebook at Facebook.com/labandatv.