Ruben Navarrette: Being a Latino journalist is no fiesta 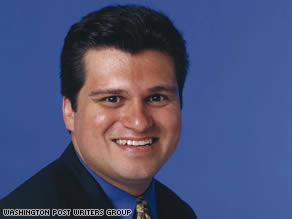 Readers often accuse me of being biased.   Guilty. It’s a joke among editorial writers and columnists that readers confuse opinion writing with reporting. And so, they think those who write opinions have a secret agenda. They’re half-right. We often have an agenda, but it’s no secret. We put it down in black and white. It’s in the job description.

But my readers are not really worried that I harbor a political bias. What they’re really worried about is the possibility that, as a Latino columnist, I’m nursing an ethnic one.

Read the entire article at Hispanicize.

Report: The Internet represents 32% of daily media exposure for African-Americans