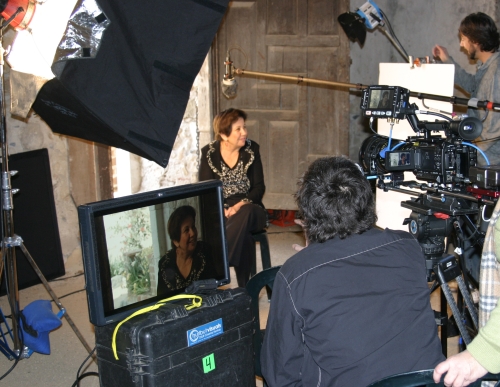 A three-part, six-hour documentary series produced by WETA Washington, D.C.; Bosch and Company, Inc.; and Latino Public Broadcasting (LPB), that will air nationwide on PBS in the Fall of 2013.

LATINO AMERICANS will chronicle the lives and experiences of Latinos in the United States from 1800 to the 21st Century. Through its people, politics and culture, LATINO AMERICANS will tell the story of early settlement, conquest and immigration; of tradition and reinvention; of anguish and celebration; and of the gradual construction of a new American identity from diverse sources that connects and empowers millions of people today.

The project brings together a diverse team of award-winning filmmakers from around the country to tell these stories, led by the Emmy Award-winning Series Producer Adriana Bosch.  The team includes the Imagen Award-winning John Valadez, the ALMA Award-winning Ray Telles, the Peabody Award-winning Dan McCabe and the Emmy Award-winning Nina Alvarez.   The production staff will utilize the accounts of historical figures and events; present-day interviews with Latinos — from best-selling authors, entrepreneurs and pop cultural celebrities to political leaders and everyday people, as well as historians and other experts; and historical re-enactments.  LATINO AMERICANS will also include a Spanish-language version of the series, a companion book by acclaimed journalist Ray Suarez, and bilingual online educational resources.

LATINO AMERICANS will span more than two centuries, exploring the rise and transformation of the idea of a “Latino American” identity, formed from people of diverse backgrounds, different countries, socioeconomic classes, educational levels and opposing political agendas.  The series will portray how unique and diverse Latino cultures are, and yet how much they all share through a powerful identity, their Latinidad.