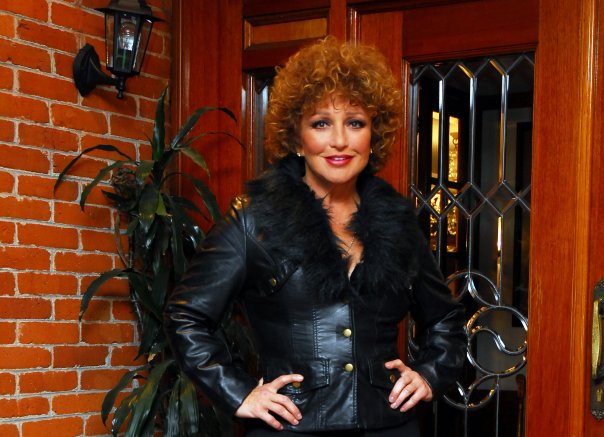 Susan G. Komen for the Cure®, the world’s leading breast cancer organization, has launched a major new outreach to dramatically improve cancer screening, education and outreach in the Latina community, where breast cancer is the leading cause of cancer death.

Telenovela actress Angélica María, and her daughter, actress-singer Angélica Vale, are among the Latina celebrities helping to launch Komen’s Lazos que Perduran (Bonds that Last) outreach in October. Lazos emphasizes screening, education and support programs to stem breast cancer deaths in women in the nation’s fastest-growing population group.  More than 14,000 of the estimated 200,000 cases of breast cancer expected in the U.S. this year will occur in Latinas; more than 2,200 women of Latin origin will die.

Angélica María, one of Mexico’s most well-known telenovela personalities, is a breast cancer survivor. Her daughter appeared with her in many performances and was a great support during her cancer diagnosis and treatment.

“We’re very pleased that these well-known celebrities are getting behind this outreach effort to Latinas,” said Elizabeth Thompson, president of Susan G. Komen.  “We’re very concerned that many Latinas in the U.S. tend to be diagnosed at later stages of breast cancer, when the disease is often more difficult to treat and outcomes tend to be much poorer. Early detection can literally be the difference between life and death for so many Latinas in the U.S.”

Komen Executive Vice President and Chief Marketing Officer Katrina McGhee said Lazos que Perduran extends the reach of the Komen global community. “This is the embodiment of the Susan G. Komen Promise — to reach out to every community, with all the resources of our global family, to end suffering from breast cancer,” McGhee said.

The bilingual campaign targets Latinas 20-39 years old, the next generation of Latinas facing breast cancer. “These women are strong advocates for their families and their communities; we know that they will be active messengers for breast health in the women they care about,” McGhee said.

Developed by Bromley, Lazos que Perduran includes multiple media and touch points, including TV and print public service announcements, digital engagement including www.LazosQuePerduran.org, media partnerships and alliances with national non-profits and women’s organizations on both a national and local level.

The initiative augments Komen’s existing programs geared to the Hispanic community, including more than $83 million to community programs and scientific research benefitting Latinas for the past two years.  The research includes $8 million in research grants to understand genetics, societal and other issues affecting breast cancer incidence and mortality in Latinas.

Komen also is involved in several large-scale initiatives in Central and South America that may help scientists understand genetics issues that may give rise to breast cancer in Latin American women, with implications for Latinas there and in the U.S.  Additionally, the organization and its partner the Caterpillar Foundation have launched a $2 million initiative to encourage breast cancer advocacy and screening in Latin American countries.