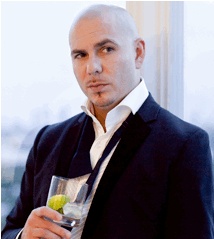 Billboard Latin Music Award winner Pitbull will take part in a Superstar Q&A session at the Billboard Latin Music Conference & Awards, presented by State Farm®. During this intimate and in-depth conversation with Billboard’s Executive Director of Latin Content and Programming, Leila Cobo, Pitbull will discuss his rise to the top, his music process and his entrepreneurial ventures.

This Superstar Q&A session is set to take place at the 23rd annual Billboard Latin Music Conference & Awards, presented by State Farm®, held from April 23 to 26, at the JW Marriott Marquis in Miami, Florida. Information about registration can be found at www.BillboardLatinConference.com.

Regarded as a renowned songwriter, Pitbull has become one of the most popular artists both in English and Spanish worldwide. His sixth studio album, “Planet Pit,” features a host of pop music luminaries including Marc Anthony, Enrique Iglesias, Jamie Foxx, Chris Brown, T-Pain and Kelly Rowland as well as star-studded producers Dr. Luke, Max Martin, David Guetta and Benny Blanco. The knockout smash “Give Me Everything” featuring Ne-Yo marked Pitbull’s first No. 1 single on the Billboard Hot 100 and it was 2011’s top Hot 100 Airplay Song of the Year.  The track was also a top ten hit in 15 countries. Pitbull’s new single “International Love” featuring Chris Brown is already gaining heavy momentum, having already reached the top 20 of the Hot 100.   “Rain Over Me,” the knockout smash featuring Marc Anthony, has swept through the Billboard Latin charts, topping Hot Latin Songs as well as the Pop and Tropical Airplay charts.  Pitbull has also collaborated with some of music’s biggest stars including Jennifer Lopez, Usher and Shakira, to name a few.

“This year’s conference is all about transformation, empowerment and celebrating artists who have developed new businesses, music and strategies on their own,” said Cobo. “No one represents this better than Pitbull. He has truly transformed the Latin music landscape, showing us that the possibilities are endless when artists are truly involved in their own careers.”

The conference also features “The Marketing Exchange” – unique and exciting programming dedicated to the ins and outs of branding, sponsorships and partnerships. The panel topics are focused on the latest trends in Latin music marketing, including Reaching the New Latino – How brands and agencies are targeting the “New” US Born Latino via music and music branded events; Targeting Music – Winning strategies from music mogul Emilio Estefan and Target VP of Entertainment John Butcher; Campaigns that Work – How sponsorships and branding campaigns have yielded positive results for artists in terms of music sales, ticket sales and overall recognition; and The Artist as a Brand – A one-on-one with a top artist who has defined his/her brand in multiple arenas.