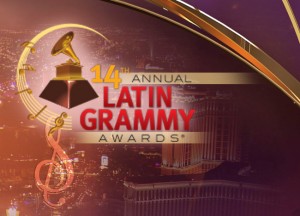 Univision Network was a hit among the US Hispanic audience during this week’s Latin Grammy Awards held in Las Vegas.

Nearly 10 million viewers turned in to all or part of the three-hour live broadcast on the channel, driving the show to also be the most commented on social networks.

The music event delivered an average audience of 4.6 million, of which Univision reached second place among the most-watched channels by young adults 18-34 years old, outperforming CBS, NBC and Fox.

According to Nielsen figures, published by the channel, the event delivered more adult viewers (18-34) than the entire line-ups of NBC (with Parks and Recreation, Sean Saves the World, The Michael J. Fox Show and Parenthood) and Fox (The X-Factor and Glee). The figures were also greater than the first-run episodes of ABC’s Once Upon a Time in Wonderland and CBS’s The Crazy Ones, Two and a Half Men and Elementary.

Regarding social media, the telecast ranked as the top social TV programme, delivering more social activity than NFL or The X Factor. Univision also ranked as the first social TV network across all of broadcast and cable, with @LatinGrammys the most mentioned programme account across Twitter social TV, according to Nielsen.