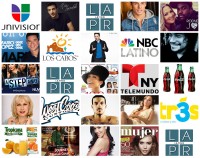 Timed to coincide with Hispanic Heritage Month, the objective of the LAPR Latino two-week IndieGoGo campaign is to raise venture capital for the creation of a multicultural PR division that will provide Latino talent – actors, comedians, musicians, athletes, directors and producers vital media representation within mainstream consumer and endemic entertainment media outlets as well as Hispanic media categories and bilingual media platforms.Additionally, with an estimated $1.5 trillion in projected spending from the U.S. Latino population by 2015, LAPR Latino will work to position brands wishing to market to this exponentially growing segment with authentic communication programs and strategies that will resonate organically and positively within the Latino demographic. Recently working under FORBES Magazine number one spot holder on the Most Powerful Celebrity list — Jennifer Lopez,– Lynch Archer PR Entertainment CEO Cheryl Torres Lynch spent most of 2013 spearheading traditional and digital media efforts for the launch of the pop icon’s cable television network NUVOtv, the only English-language network providing programming to the bilingual Latino audience.The Cuban-American Torres Lynch, who is both bilingual and bicultural, has a proven track record of working to diversify film, TV and digital properties and is credited with growing the cable net’s media impressions to 600+ million while also increasing NUVOtv’s presence within it’s respective social media platforms by 82%.LAPR Latino Founder and Lynch Archer PR Entertainment CEO, Torres Lynch had this to say about the IndieGoGo campaign launch: “We are so pleased to be able to provide these types of public relations services to a sometimes under served clientele. Increasing talent visibility within the mainstream entertainment segment will help to further propel film and TV diversification initiatives. It is our sincere hope that prospective donors recognize the importance of this campaign as well. The LAPR Latino IndieGoGo campaign runs through October 15th, 2014.