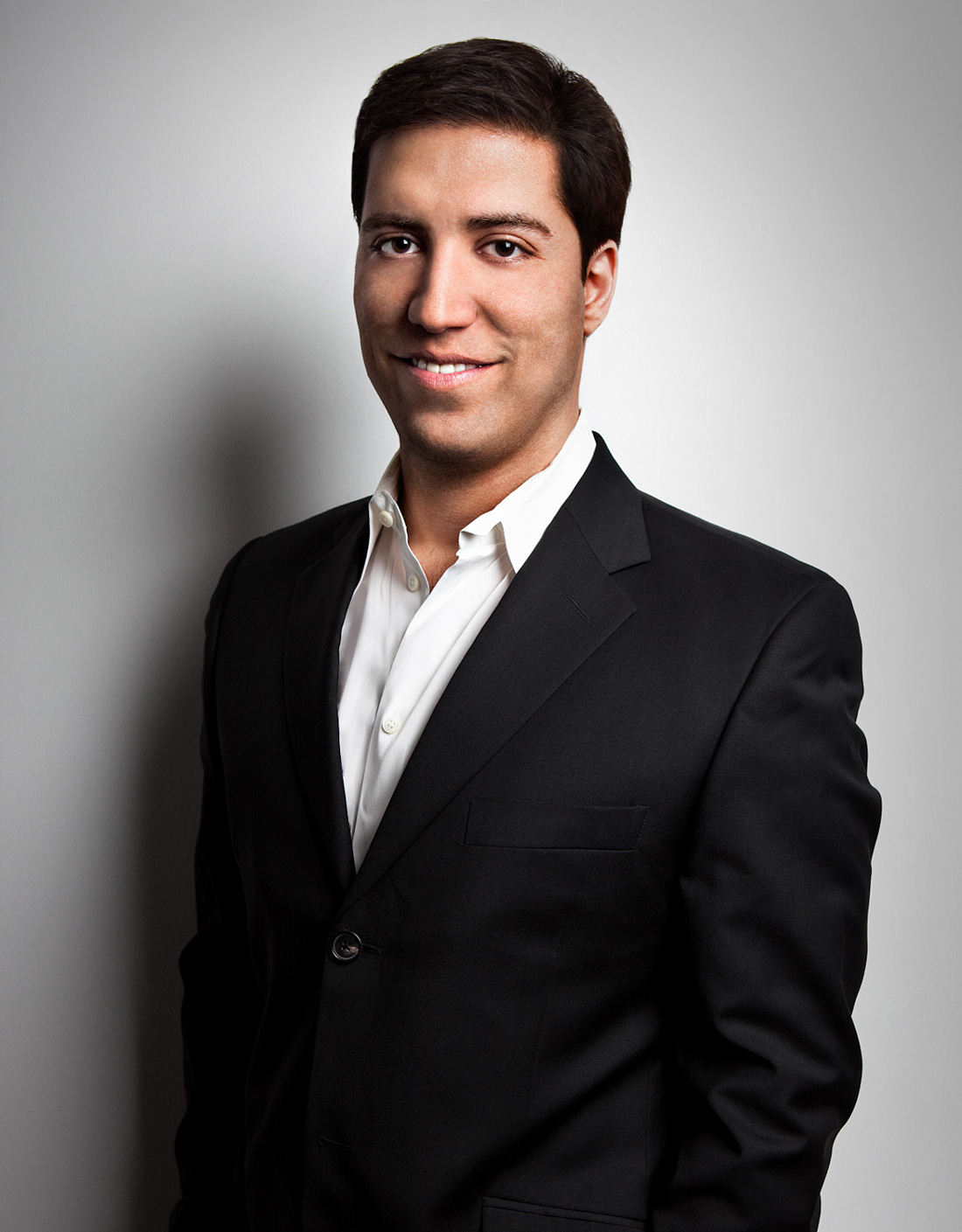 HPRB: Tell us a little more about yourself.

LANCE: I have more than 10 years of experience in developing digital and new media companies, and began my career in finance as an Associate at CIBC Oppenheimer. Later, I joined the Mergers & Acquisitions group at Willkie Farr & Gallagher, LLP as an attorney in New York.

I am a California native, and have a Bachelors degree in Economics and Philosophy from the University of California, Los Angeles and a J.D. from Berkeley with a specialty in Corporate and Entertainment Law.

I’m also an entrepreneur, and have successfully grown and managed two other companies from inception, including one of the first players in the local digital promotions space. I’m currently an executive member of the IADAS, one of the founding judges for Webby Awards and an 2011 Ernst & Young Finalist for Entrepreneur of the Year.

HPRB: What inspired you to start UrbanDaddy? What about Manero?

LANCE: At the time when we started, we felt like there was a void in the market place for highly curated and relevant source for local information—think about the whitespace in between GQ and CitySearch. That void had an intelligent and sophisticated voice and point of view that was applied to your local city. We wanted to be your smart, funny, interesting (also sexy) friend telling you how you should be spending your time, money and life in the city—what restaurants to go to, which bartenders you needed to know, who the best tailors are and essential intel like what happens if you need a professional Swedish massage at 3:00am.

As UrbanDaddy grew, we noticed that we had a very dedicated Latino segment as a part of our base and as we dug deeper, we realized it was because there is a massive void in the marketplace for an intelligent and sophisticated Latino voice and point of view in media. I think UrbanDaddy satisfies this need to some extent, but we feel that there’s a lot more that can be done so we set out to do it.

HPRB: Tell us a little more about Monero, and how it can fill this void…

LANCE: The concept of Manero revolves around the social clubs that are ubiquitous in Latino culture both in the United States and in Latin America. These multi-purpose institutions are an integral, dynamic and wide-ranging part of the cultural fabric where friends gather to engage in cultural, educational, athletic, musical and other recreational activities.  All clubs have a distinct personality that reflects each club’s unique founder’s, history and community. These clubs are small worlds unto themselves, colored by the warmth and joie de vivre of Latino and Latin American culture.

Just as each club has its own special personality and magic, Manero will have its own—a private latino clubhouse in the downtown of each city. A smart, intelligent, dramatic and debaucherous lair where amazing things happen during the day and night.

HPRB: When did Manero launch? Where? How?

LANCE: We have taken a local approach to launching Manero…

HPRB: What do you hope to accomplish? Please tell us about your goals and target audience.

LANCE: Manero will be a go-to destination for young, socially-active, culturally-rich Latinos who feel underrepresented and underserved by other media products and mainstream US Latino branding initiatives.

Our target audience is the bourgeoning affluent Latin American segment aged 25-35. It’s targeted towards those looking for something new and fresh.

We feel there is an untapped segment of the US Latino population that is very worldly, cutting-edge, savvy and affluent and that these people are not adequately addressed by existing Latin focused media, which tends to either simplify, caricature, or represent a decidedly more down-market and less culturally dynamic Latin American or Latino. In short, the MEDIAN Manero Latino is a graphic designer with a college degree who speaks English very well, understands the mainstream US culture perfectly and lives in that world effortlessly, yet enjoys himself more in the right Latin American context. He loves soccer, but watches it with a mix of similar-minded Latin Americans in Soho (Felix, Novecento, Café Noir, etc.) as opposed to Jackson Heights Queens with recent immigrants, though he is familiar with those neighborhoods and comfortable interacting with it. He appreciates an arepa, but is more likely to get it at a hip place in Williamsburg such as Caracas Arepa Bar than at a cart in deep Brooklyn. The Manero audience might work in finance and read the Economist.

HPRB: How did your partnership/relationship initiate with Heineken?

LANCE: It began very equitably between us and Heineken—which is to say that this is an initiative that both Heineken and UrbanDaddy have been equally passionate about. I think Heineken had made a lot of the same observations that we had and the idea was borne out of meetings between the both of us. That being the case, we decided to embark upon this project together as partners. They are as much about bringing this to life as we are. And understand as much as we do that this has to be an authentic voice and experience for the Latino culture.

LANCE: The latest census showed a remarkable growth in the Latino community, accounting for 16.3% of the total U.S. Population, meaning 1 in every 6 people in the U.S is Hispanic, and with an estimated buying power of $1.2 trillion by 2012.  It is a demographic that is evolving at a very rapid pace, confirming that it was the right moment for us to launch this project.

HPRB: How can you work with our readers to help them accomplish their marketing strategies?

LANCE: We’re going to do for the Latino market what DailyCandy did for marketers for women and UrbanDaddy did for marketers to sophisticated and affluent males. The result of what we’re doing will create a stunning impact on this audience on behalf of marketers. Currently there is nothing like this.

HPRB: What makes your online newsletter stand out in your market?

LANCE: Manero will engage readers with thoughtful, refreshing and stylish experiences by focusing on hyperlocal and curatorial lifestyle intel geared toward the young Latino looking to maximize his social lifestyle. Articles will provide readers with exotic, fresh and exclusive content and cover breaking news on new and classic restaurants, bars, clubs and happenings. We write about intelligent, affluent, aspiring and interesting events. The category ranges from sports and fashion to music to art and everything else in between.

Manero’s content is distributed mainly via email, with a strong website, events and perks component. Our writers are witty, funny and amusing which has allowed them to develop an emotional connection with our readers. Amazing things can happen when the audience trusts you. Urban Daddy was created with the idea of being that friend you trust – that site you can have a personal conversation with. Manero follows the same guideline. We want readers to feel comfortable when they receive our emails. We want to recreate that same feeling you get when you receive an email from a friend. An emotional connection combined with curation can indeed be, very powerful.

HPRB: We understand you have an awesome Latino Creative Director & Managing Editor?

LANCE: Yes, Fernando Cwilich Gil is our Creative Director & Managing Editor at Manero. Fernando is an artist and media curator who splits his time between his native Buenos Aires, Río de Janeiro and New York City.

Fernando is also the creator and founder of nonprofit ProyectArte, Argentina’s top art school for young people. Liquid Assets Paint & Pigment Company™ – started by Mr. Cwilich Gil in 2007 – produces the world’s only acrylic paints and pigments made with 100% real money. When not painting in his Buenos Aires studio with Euro, Dollar or Peso acrylic, he can be found traveling the world to watch football matches. He is a lifelong fan and member of Club Atlético Boca Juniors in Buenos Aires, as well as a founding member of football supporters group Los Maradonianos. Fernando has worked with highly acclaimed publications such as The New York Post, The Wall Street Journal, Clarin, La Nación, Blackbook magazine, Page Six, among others.

HPRB: What is your publication’s web address and how frequently do you update your web site?

LANCE: www.manero.com – We update the site daily, but we only provide updates on that specific thing you need to know about TODAY.

HPRB: How can people reach you if they are interested?