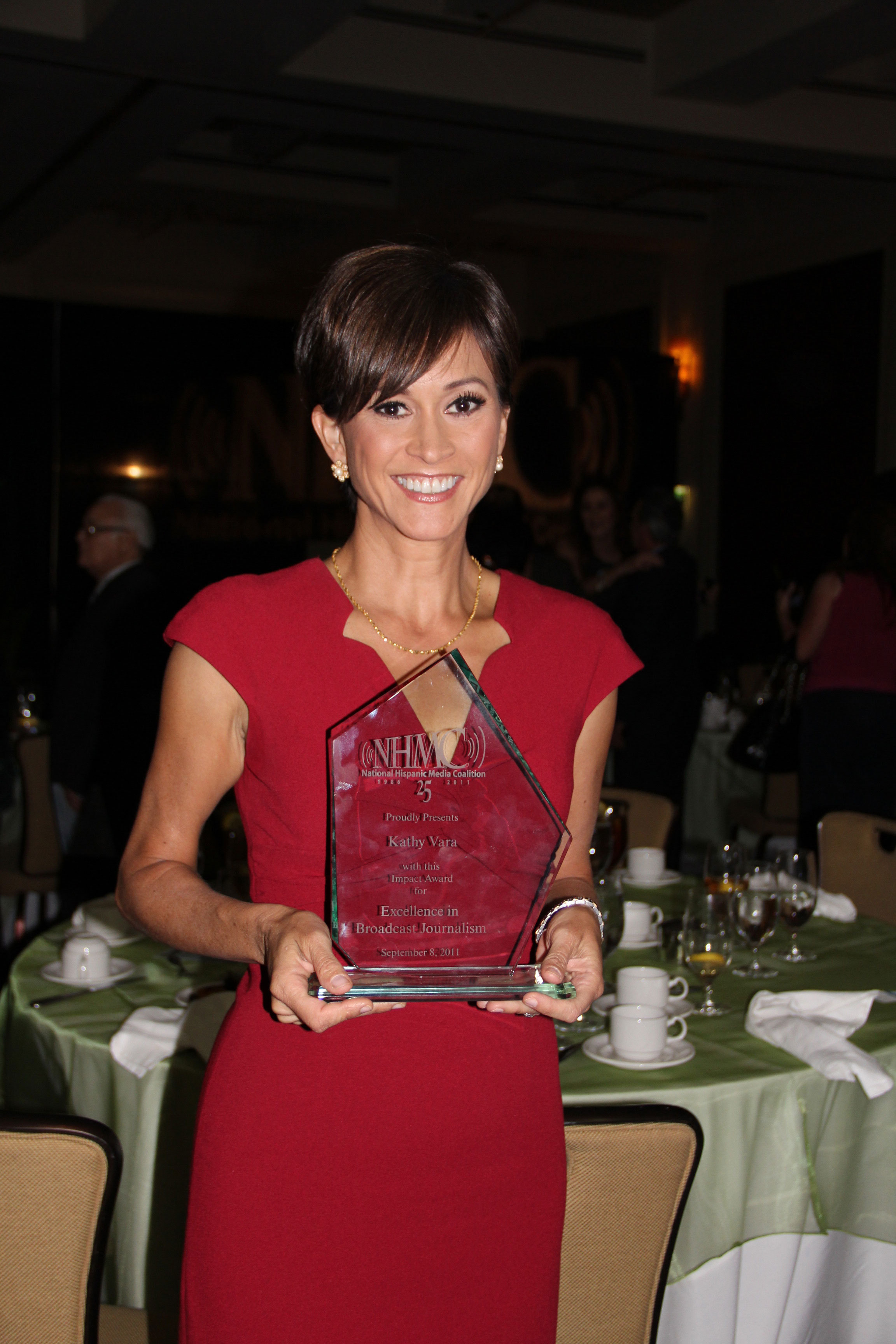 The Excellence in Broadcast Journalism award recognizes the accomplishments of those who have given so much of themselves to make a positive difference in the Latino community and represent a positive image of Latinos in the media. Vara will join a list of distinguished past recipients, including Linda Alvarez (CBS2), Ruben Luengas (Telemundo 52), Tony Valdez (KTTV), Sylvia Lopez (KCAL), Mario Solis (NBC4), Carlos Amezcua (KTLA), Ellen Leyva (KABC), Rick Garcia (UPN 13) and Ana Garcia (NBC4).

“Kathy is a dedicated journalist who, over the years, has made important contributions to the broadcasting industry as well as to the many social causes she has embraced in our community,” said Alex Nogales, President and CEO of NHMC. “Devoted Latino professionals like Kathy play a vital role in the promotion of positive Latino images in the media and we are proud to recognize her today.”

As part of NBC4’s – “Today in LA” team, Vara has won a Los Angeles Area Emmy Award and three Golden Mikes for Best Daytime Newscast. Additionally, she received a Hispanic Heritage Award from then-President Clinton and a Women of Courage Award from the City of Los Angeles. In 2011, she was honored by the Compton Junior Posse for her work with the non-profit equestrian organization that helps pre-teens and teens stay off the streets and out of gangs.

A competitive equestrian, Vara is also actively involved in “Taking the Reins,” a non-profit organization that utilizes horses to teach inner-city teenage girls life skills. She dedicates a great deal of her free time to fundraising events and activities that promote lupus awareness, as well.

Vara has been an early morning news anchor in the Los Angeles market for the past 17 years. She joined the “Today in LA” team one day after the Northridge Earthquake in 1994 and co-anchored the popular early morning newscast on NBC4 until 2001. She rejoined the team again in March 2010.

Vara began her professional broadcasting career in 1987 as a morning news anchor and consumer reporter for KVII-TV in Amarillo, Texas. She has also anchored the morning newscasts at KSAT-TV (San Antonio, TX), KARE-TV (Minneapolis, Minnesota) and WRC-TV (Washington, D.C.).

To find out more about the Local Impact Awards or the National Hispanic Media Coalition, visit: http://www.nhmc.org or www.nbcla.com.