Julieta Venegas to Perform in “TERRA LIVE MUSIC IN CONCERT” 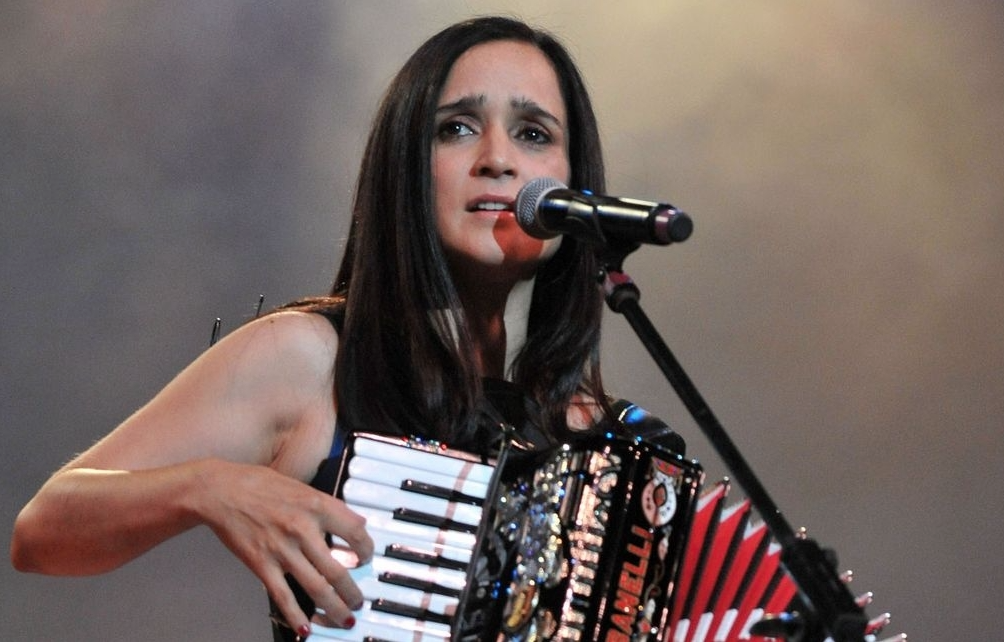 Grammy winner Julieta Venegas will be featured in the upcoming “Terra Live Music in Concert”.  Fans can tune into the performance as it airs live on Wednesday, July 29th at 9PM ET via video stream on Terra as Julieta Venegas performs classic hits that define her career as a symbol of Latin Pop/Rock at the legendary Flamingo Theatre Bar.

Exclusively on Terra, Julieta Venegas will perform, for the first time, songs from her new album, “Algo Sucede”, set to be released August 14th, including hit single “Ese Camino” along with classic singles “Limon y Sal,” “Andar Conmigo,” and “El Presente” for an incredible performance.

Recognized today as one of Latin Pop/Rock’s most respected artists in the world, Julieta Venegas has established her multi-instrumentalist talents since her first piano lesson at the age of eight. Since then, she has mastered the guitar, accordion and keyboard amongst other instruments, setting down the foundation for her eclectic rhythm.

With the recording of her first album, “Aquí,” Venegas set her tone as a cutting-edge Latin alternative artist in the late 90’s, leading to a recognition for “Best New Record” and awarded the Nuestro Rock prize. Venegas continued her sound experimentation as she went on to master the electric guitar in her second album, “Bueninvento,” leading to her continual infusion of genres with the release of “Si,” the record that marked her fame across Latin America and Spain in 2003. As “Si” went triple platinum in Mexico, topping the album charts and breaking into the Top Five on the stateside Latin albums chart, Venegas’ album success led to a Latin Grammy for Best Rock Solo Vocal Album in 2004 in addition to a trio of MTV Music Video Awards for Best Solo Artist, Best Artist (Mexico) and Artist of the Year.

Venegas’ chart topping hits strengthened with the release of “Limon y Sal,” featuring her hit single, “Me Voy”, which maintained atop the Mexican singles chart for 12 weeks straight, a #1 position in Spain and a Top Three hit in Italy, selling over 850,000 copies worldwide. Venegas achieved international success as the album went established a top chart position in Mexico, Argentina, Chile, Central America, Spain, Switzerland and the US.

Inspired by her time in both Mexico and California, Julieta Venegas has blown away her audience with the rhythms that have developed throughout her career, ranging from classic pop to alternative rock. One Grammy, five Latin Grammys, and five MTV Latino Awards later, Venegas is back on stage to bring her fans the ultimate comeback tour.

Don’t miss the incredible “Terra Live Music in Concert” event in Miami on Wednesday, July 29th at 9PM ET by visiting www.Terra.com. Get social with @TerraMusicaUS and @Julietav about #TerraLiveMusic as you watch the show on any of your devices!