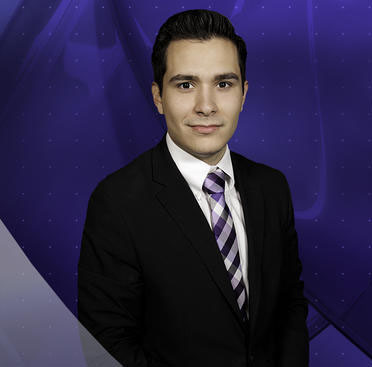 “We are excited that Jairo is part of our news team,” said Adolfo Segura, News Director, Telemundo 60 San Antonio. “Jairo is an energetic and passionate storyteller. His journalistic professionalism and integrity will help us deliver the latest breaking news and information that our viewers deserve and help make Telemundo 60 our viewers’ station of choice.”

Lozano joined the Telemundo family in 2013 when he was named Assistant Producer for Telemundo 60’s sister-station, Telemundo 39 Dallas-Fort Worth / KXTX. Lozano joins Telemundo 60 after working as a Reporter for Telemundo 40 Rio Grande Valley / KTLM since 2014. He earned his bachelor’s degree in Communications from the University of Texas at Arlington.

Launched in 1989, Telemundo 60 was formally integrated into the Telemundo Station Group in May 2014 and has been serving the Hispanic community in San Antonio for more than 25 years. Thanks to an investment made by NBCUniversal in all of its Telemundo stations, Telemundo 60 formally launched a new weekday half-hour local newscast at 4:30 PM CT in 2014, hired newsroom staff to support the boost in local news, added a digital web editor to help increase the station’s digital presence, launched revamped station digital platforms and established a new Telemundo Responde (Telemundo Responds) consumer investigative unit that is charged with standing up for consumers. Launched in 2014, the Telemundo Responde teams have collectively recovered more than $4 million for consumers all across the United States and Puerto Rico, including San Antonio.