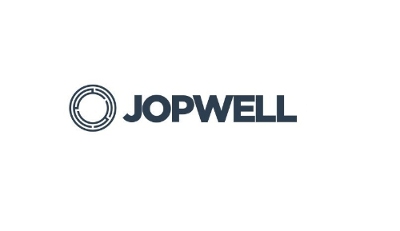 Jopwell, a recruitment and hiring platform for building a more diverse workforce, today announced that it has raised $3.25 million in seed funding. Magic Johnson Enterprises, Andreessen Horowitz, Kapor Capital, Omidyar Network, and Valar Ventures participated in the round, as did several other firms. Jopwell will use this investment to scale operations, infrastructure, and product capabilities to meet growing demand for its platform. Founded in January 2015, Jopwell has now raised more than $4.22 million, including previous investments from Y Combinator and Rothenberg Ventures.

“Companies that value diversity out-innovate and outperform those that don’t—period,” said Porter Braswell, cofounder and CEO of Jopwell. “But nearly half of all employers call their own diversity efforts ‘weak.’*Our software supports employers, allowing them to overcome the obstacles that typically stall diversity recruitment, making it more effective and efficient.”

Jopwell helps today’s leading companies find and recruit Black, Latino/Hispanic, and Native American professionals and students at scale. The platform provides two-way empowerment for both companies and job seekers, delivering a pipeline of talent to fill a range of roles – from experienced to entry-level to internships – across industries, including technology, finance, education, not-for-profits, consulting, and healthcare. In doing so, Jopwell shrinks the diversity employment gap and helps underrepresented ethnic minority talent find jobs they love.

“Jopwell is in high demand because it fills a critical need,” said Earvin “Magic” Johnson, Chairman and CEO of Magic Johnson Enterprises. “Diversity has moved beyond being seen as simply a box to check for the workplace. The world’s top companies are taking a more progressive view – they realize that diversity has an impact on their bottom line. Porter and Ryan have created Jopwell to give employers access to the best candidates from historically underrepresented minority groups. I believe in their vision and am excited to work with them.”

“The barriers to diversity across industries are strikingly similar,” said Ryan Williams, cofounder and President of Jopwell. “Employers often rely on underrepresented minority employees to informally tap into their networks and drive potential candidates. It’s ad hoc and ineffective. Jopwell turns this process on its head. Our technology generates a consistently full pipeline, with thousands of qualified Black, Latino/Hispanic, and Native American talent. We’re simplifying – and also optimizing – a traditionally broken system.”

In the last year, Jopwell has added more than 40 leading companies to its client roster, while the number of candidates leveraging Jopwell to find employment opportunities at the country’s most desirable employers has grown 329 percent in the last six months.

“In just one year, Jopwell has built an impressive client roster,” said Mitch Kapor, Founder and Partner at Kapor Capital. “The success that Porter, Ryan, and the entire Jopwell team have had not only reflects the importance of their work, but of the market need for accessing untapped talent through diverse recruitment and hiring. We are proud to be investors in Jopwell and look forward to partnering with them as they create a more diverse and inclusive tech workforce.”

“We want to fundamentally change how the professional workforce is built in America,” added Braswell. “To have the support of this impressive group of investors speaks to the real potential of our platform for employers and employees alike.”