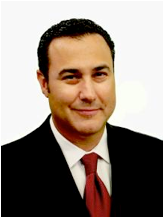 Telemundo 52- KVEA announced today that Jeff Wynne has been promoted to vice president of sales. In his new role, Wynne will lead and supervise the management and business development efforts of the KVEA sales team to expand the station’s growth and revenues. He will report directly to Jose Cancela, the station’s president and general manager.

“Jeff not only commands the respect of the entire KVEA sales organization, he is also very much admired and trusted by our clients. We could not have a better head of sales to lead KVEA into 2012 and beyond,” Cancela said.

Wynne is a successful Telemundo 52 executive with 13 years of experience in television advertising sales. For the past six years he was the station’s local sales manager, responsible for the day-to-day sales operations. Wynne joined Telemundo in 1998 as account manager and served in this position for four years before being promoted to marketing and business development manager. While in this role, Wynne also successfully lead the first ever multi-station, multi-language business development team in the history of NBC/Universal, which was responsible for the marketing and business development of the triopoly composed by KNBC, KVEA and KWHY.

“After 13 years at Telemundo 52, I am truly honored and excited to have the opportunity to lead such a talented and dedicated salesforce. I am equally thrilled with the direction Telemundo and KVEA are taking as we head into next year,” said Wynne.

Wynne is a graduate of San Diego State University where he received a B.A. in Fine Arts. He also holds an A.A. in Business Administration from the San Diego Golf Academy.