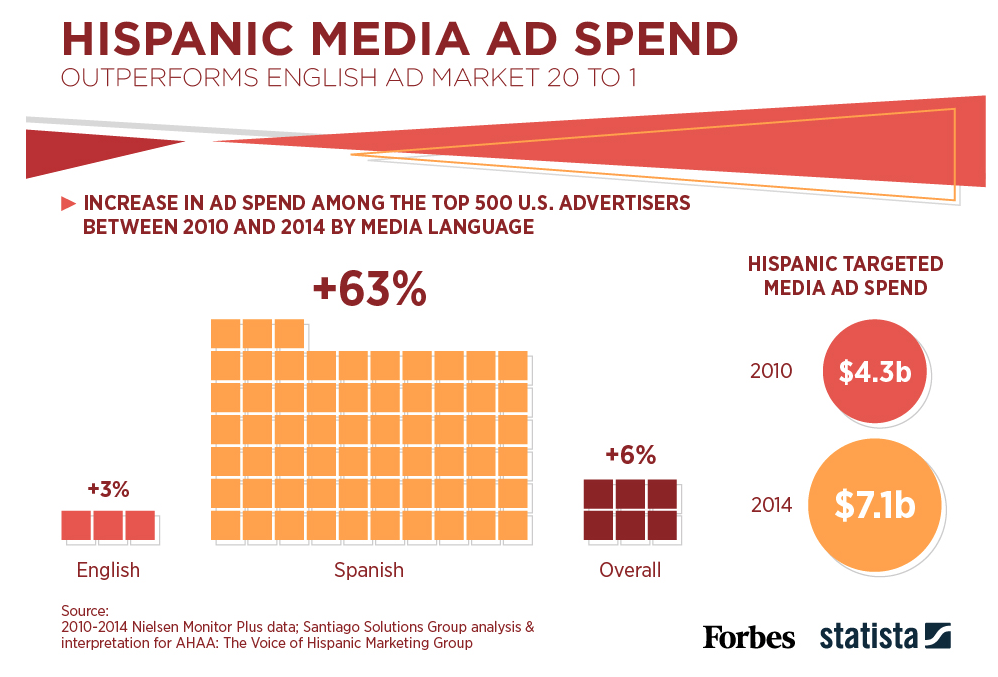 Overall expenditures among America’s top 500 advertisers only increased by 6 percent between 2010 and 2014. Yet ad spending in Hispanic media jumped 63 percent during those four years, from $4.7 billion to $7.1 billion, according to the Association of Hispanic Advertising Agencies.

The increase in Hispanic media ad spending outpaced that of the English ad market 20 to 1 over that timespan, with marketers allocating 8.4 percent of their advertising efforts on the Hispanic demographic. Average spending among the top 500 advertisers in Hispanic targeted media stood at $9 million in 2010 and that increased to $14 million in 2014.