Immigration non-profit PorTiYo to launch Thursday at the Hotel Sofitel 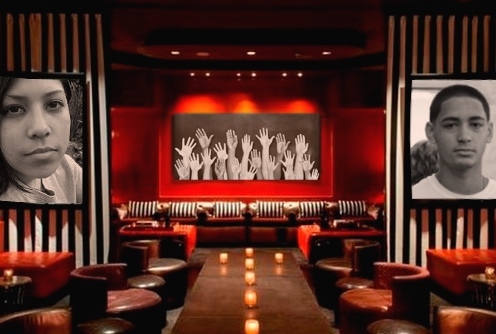 PorTiYo, the newly formed Los Angeles based non-profit organization helping to seek relief for undocumented underserved families to legalize their immigration status in the US, in collaboration with NEW Economics for Women and the Mexican Consulate, will announce its official launch on March 26th, during a private fundraiser and acoustic showcase of “Los Dreamers.”

A portion of the Los Dreamers proceeds will be given to PorTiYo to help shifting attitudes toward immigration.

“We came together two years ago to begin a national conversation on the need for immigration reform, and this record is the result of our efforts” said Raul Pacheco and Shawn King.

The event will take place at the Hotel Sofitel in Beverly Hills from 7 p.m. to 9 p.m. and will be hosted by Raul Pacheco (Ozomatli), Sissi Fleitas and Michael Olmos.

PorTiYo is dedicated to bringing awareness and Pro bono legal representation to cases like Fatima,a wonderful and hopeful 12 years old undocumented child with an incurable tumor known as Chondrosarcoma. 10 years ago, after learning from doctors in Mexico that Fatima’s chance of living won’t surpass 3 years old, Dolores, Fatimas’ mother out of desperation came illegally to the United States, leaving behind her husband and two other kids to seek treatment at the “Children’s Hospital” in Los Angeles. Unfortunately, three years ago, Fatima was given a lifetime of only two years. Her only wish is to see her dad one more time. PorTiYo’s lawyers and the Mexican Consulate are working on a humanitarian request so Fatima would be able to see her dad.

“I want to become and astronaut, a vet and a nun”, announced Fatima, during Los Angeles Archdiocese One Life event in January and who hopes that one day her story will impact other people’s life.

“I am so excited to see that great organizations and personalities such as Edward James Olmos believe in us.I have personally felt this struggle as an immigrant and know first hand what it takes to come out of the shadows and become a lawful resident”, said Sarah Duru, PorTiYo Executive Director and French Toast Agency CEO.

The Los Dreamers Album coincides with the date of PorTiYo launch and is available on iTunes March 26 for immediate downloads.