HITN partners to promote good nutrition among US Hispanics 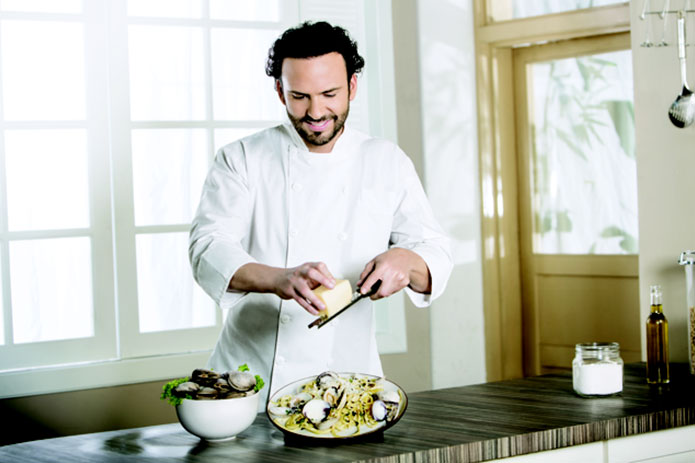 The Hispanic Information and Telecommunications Network (HITN), today announced a series of agreements with renowned Mexican chef Alfredo Oropeza and Spain’s Canal Cocina to add dozens of food-related titles to its programming. The agreements are part of HITN’s efforts to contribute to the well-being of US Hispanics; in this case, by showing them easy, healthful and delicious ways to enjoy their favorite foods. HITN will air the new content weekdays starting this week.

“We are proud to partner with Canal Cocina and Chef Oropeza, true icons of the international food scene, to allow our audiences to explore the exciting range of Ibero-American culinary traditions while keeping the focus on a healthful lifestyle,” HITN General Manager Eric Turpin explained.

The partnerships will strengthen HITN’s programming with dozens of hours of content from “AL NATURAL,” a campaign developed by Chef Oropeza and a team of experts in nutrition, Ayurvedic medicine, fitness and urban gardening to offer fresh, simple and fun ideas for enjoying a more balanced life. In addition, HITN will feature favorite episodes of “CHEF OROPEZA EN CASA,” a cooking show hosted by the acclaimed chef that teaches viewers to cook healthful and delicious food at home.

Also as part of the new agreements, HITN will present popular programming from Canal Cocina, a leading Spanish cooking network. Titles will include classics such as AL GRANO, where affable chef Iñigo Pérez prepares countless dishes that showcase the versatility of cooking with rice, and BAJO EN CALORÍAS, featuring nutritionist Araceli Conty, who encourages viewers to eat their favorite foods as long as they keep track of portion size and nutritional profiles so they don’t consume excessive calories.

Alfredo Oropeza is one of Mexico’s best-known chefs. He is a familiar face on television in that country, where he hosts his own show. Trained at some of the world’s leading culinary schools, he has a chain of restaurants, Al Natural that caters to people with special dietary needs. For the last six years he has published a nationally distributed monthly magazine, and he is the author of four best sellers devoted to the topic of healthful eating.

Canal Cocina is Spain’s only television network dedicated exclusively to the world of gastronomy. Produced entirely by AMC Networks International – Iberia, Canal Cocina is the destination for viewers who enjoy eating well and keeping up with the latest food trends.