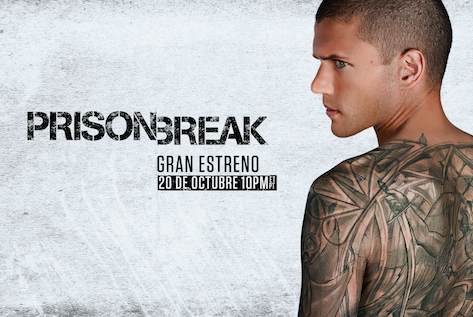 NBC UNIVERSO today announced it is offering its viewers PRISON BREAK in Spanish for the first time in the U.S. beginning Tue., Oct. 20, at 10 p.m. ET/PT on NBC UNIVERSO.   “NBC UNIVERSO is breaking the mold of what viewers are used to seeing on Spanish-language television,” said Bilai Joa Silar, Senior Vice President, Programming & Production, NBC

UNIVERSO. “There is a demand for high-quality Spanish-language programming among Latinos, and we are pushing the envelope to bring edgy and provocative entertainment our audience will enjoy.”   Subscribers to NBC UNIVERSO will also be able to catch-up on PRISON BREAK episodes in Spanish on NBCUNIVERSO.com, on the NBC UNIVERSO NOW app, as well as on Video-on-Demand (VOD) for participating cable, satellite and telco services.