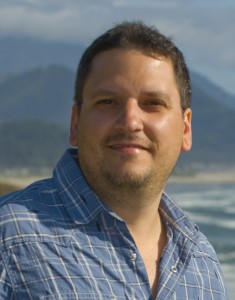 I never meant to get into the “conference business” so nearly three years after I launched what is now known as Hispanicize 2012 I’m happy to say that I’m still not in that business.

Doesn’t interest me. Boring.  Does that sound contradictory?  Isn’t Hispanicize 2012 a conference?

Well, no, actually. At least not in sense you might be used to and that’s the whole point behind today’s announcement.

Hispanicize 2012 is a Big Thinkers event for Latino thought leaders, marketers and newsmakers. It’s an event about ideas and best practices by and for Latinos that wraps itself totally around four themes that I’m personally passionate about: Interactive, Marketing, Innovators and Entertainment.

If this sounds vaguely familiar to a general market event that takes place in Austin, Texas every year, then I’m busted.  Yes, I’m a HUGE fan of SXSW and I’ve always felt that what we need is something like that only Hispanic-focused.  In 2012 we will truly Hispanicize things by introducing the Latino marketing, social media, business and entertainment worlds to something truly compelling.

The fact the event is finally coming – and staying – in Miami, my hometown, is no coincidence. Miami allows us to scale Hispanicize 2012 to be as large as it wants to be because the event will take place in a city that is both the nation’s Hispanic media capital and the gateway to Latin America.

Hispanicize 2012 is poised to be a major national launch pad for creative endeavors, new products, technologies, marketing campaigns, films and more targeting Latinos.  Can you imagine any event for Latino thought leaders in this country that lets you liberally mix with top multicultural brand managers, famous innovators, marketing professionals, artists, Latino bloggers and more? That’s what Hispanicize 2012 is all about and that’s why we believe this is the Hispanic event whose time has come.

Will you join us in this exciting new journey?

Is Hispanic Advertising A Discipline?