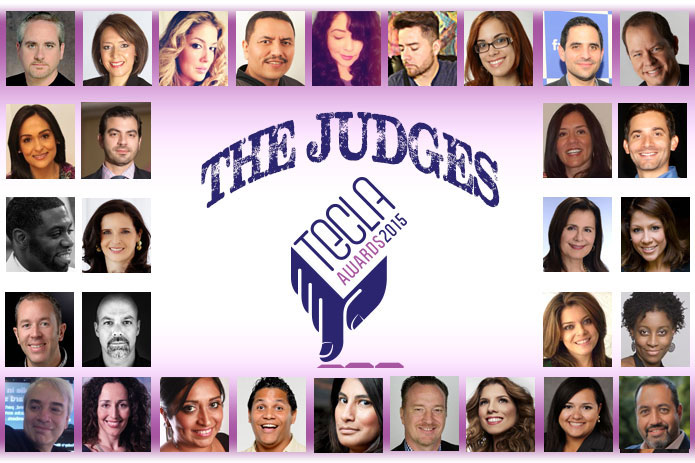 Hispanicize 2015 and the Latina Mom Bloggers network today unveiled the panel of 30 judges from major U.S. Hispanic brands, agencies and social media that will help select the winners of the first annual Tecla Awards, the national awards program created to recognize excellence in Latino Blogging, Micro-Blogging and Social Media/Digital Marketing.

“The Tecla Awards are the industry-standard for Latino digital achievement and today we’re proud to say we’ve assembled a panel of judges that represents the full spectrum of the U.S. Hispanic marketing and digital influencer industries,” said Manny Ruiz, founder and creative director of Hispanicize 2015, which will take place from March 16-20.

Representing the brands on the judging panel are:

Representing the digital influencers on the judging panel are:

The Tecla Awards are comprised of 30 categories; 20 devoted to Latino bloggers, vloggers and journalists and 10 focused on excellence in Hispanic marketing and media. Submissions are being accepted through January 27 at http://www.hispanicizeevent.com/tecla-awards-2015.

Finalists will be announced in mid-February, followed by a red carpet gala with celebrities, top U.S. Hispanic blogging, vlogging, journalism, advertising and marketing executives, which will be held in downtown Miami on March 16, the first day of Hispanicize 2015.