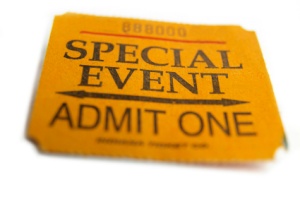 As Hollywood looks to drive waning movie ticket sales, their focus should be on the growing Hispanic population and their use of mobile devices throughout the movie-planning process. This insight comes from research within The Mobile Consumer: Hispanics, Movies & Mobile, a new report by multicultural marketing agency Briabe Mobile and MocoSpace.

Based on the results from a June 2011 survey of MocoSpace users, the study revealed Hispanics attend movies more frequently than other racial demographics, and they’re using their mobile devices to find theaters, movie times and reviews.

Hispanics are known to be a driving force for tickets sales. A recent Nielsen study found Hispanics make up approximately 15 percent of the U.S. population, but they represent 28 percent of today’s frequent moviegoers. This study echoed those findings, but also had key findings about Hispanics’ movie-attending habits.

Key findings include the following:

1) 75 percent of Hispanics go to the movie theater once a month, 25 percent see movies three times a month. This is more often than all other polled ethnic demographics.

2) Hispanic Americans use their phones for almost every part of the film-discovery process. 72 percent use their mobile devices for overall movie planning. Of those:

3) 55% use their phones to access movie information within the four hours just prior to seeing a movie.

Not only are Hispanics using their phones to seek out movie information, the report found they’re influenced by mobile advertisements, too. One out of four interviewed said they look to search and mobile banner ads when deciding what film to see. After viewing a film, 55 percent of Hispanics said they discuss their opinion of the movie on social networks.

“This report proved to be a treasure trove of relevant information for both the entertainment industry and marketers,” states Briabe Mobile CEO James Briggs, “as it highlights numerous opportunities for deploying mobile strategies to successfully get Hispanic moviegoers into theaters.”

“Hispanics are some of the most highly engaged mobile consumers in the country,” said Justin Siegel, CEO of MocoSpace. “This is why we’ve seen a consistent six-year increase in ad budgets for films and DVD releases shifting towards mobile, with campaigns specifically targeted at the mobile Hispanic consumer.”