Hispanic Executive and USHCC Sync Up for Media Partnership 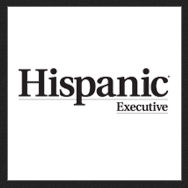 Hispanic Executive (HE) magazine is proud to announce a dynamic new media partnership with the United States Hispanic Chamber of Commerce (USHCC) aimed at the advancement of today’s Hispanic business owners, corporate leaders, and entrepreneurs.

“This strategic media partnership will maximize the impact that Hispanic Executive and the United States Hispanic Chamber of Commerce bring as we both work towards ensuring Hispanic innovators are at the forefront of an ever-changing business landscape within the United States and abroad,” says Pedro A. Guerrero, president of Guerrero Howe Custom Media, which publishes Hispanic Executive.

Hispanic Executive will also serve as a Platinum Sponsor for the USHCC’s 34th Annual National Convention this September in Chicago, the magazine’s hometown, and has become an official member magazine of the USHCC.

“The USHCC is proud to partner with Hispanic Executive and the Guerrero Howe team during what promises to be a banner year for both our organization and theirs. The entrepreneurs behind Hispanic Executive understand the importance of highlighting the successes and contributions made by our Hispanic business community to the well-being of the American economy. As the largest Hispanic business organization in the nation, we are delighted by what this partnership means for our constituents,” says Javier Palomarez, president and CEO of the USHCC.

Spanish is the most spoken non-English language in U.S. homes, even among non-Hispanics