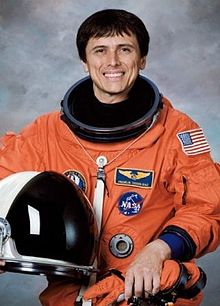 Franklin Chang-Diaz, who was born in Costa Rica, was inducted into the hall of fame in a ceremony at the Kennedy Space Center. Two other former space shuttle astronauts, Charlie Precourt and Kevin Chilton, also were inducted.

A plasma physicist with a doctorate from the Massachusetts Institute of Technology, Chang-Diaz helped deploy the Galileo spacecraft on its mission to Jupiter and worked on both the Russian Mir space station and the International Space Station. He left NASA in 2005 to found Ad Astra Rocket Co., where he is working on propulsion systems for travel to Mars.

Read the entire article at the Miami Herald.