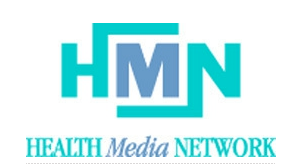 “At HMN we recognize that the Hispanic community has certain medical conditions and thus, specific health needs,” said Christopher Culver, president and CEO at HMN. “We are the first point-of-care information provider to address these needs across such a wide direct-to-consumer platform.”

The 2011 U.S. Census Bureau population estimate states that there are approximately 52 million Hispanics living in the United States. According to the Centers for Disease Control and Prevention, Hispanic health is often shaped by factors such as language/cultural barriers, lack of access to preventive care, and the lack of health insurance. Major causes of illness and death among Hispanics include heart disease, cancer, stroke and diabetes.

HMN’s Hispanic Network facilitates conversations between doctors and patients at the care delivery site with a documented immediacy that drives specific patient actions and requests vital to healthy living. In national examination surveys, Hispanics are almost twice as likely as non-Hispanics to be diagnosed with diabetes by a physician. They have higher rates of end-stage renal disease caused by diabetes, and are 50 percent more likely to die from diabetes than non-Hispanics.