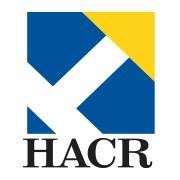 The Hispanic Association on Corporate Responsibility (HACR), has released the results of its 2014 HACR Corporate Inclusion Index (HACR CII). The HACR CII is a component of HACR’s Corporate Accountability Strategy and measures Hispanic inclusion at Fortune 100 companies and HACR Corporate Member companies. The results of the 2014 HACR CII indicate more than 25 percent of this year’s returning participants have improved their rating from 2013, which reflects a commitment to diversity and Hispanic inclusion.

Since 2009, the HACR CII has tracked trends in Corporate America in four areas: Employment, Procurement, Philanthropy and Governance. HACR focuses on these four areas of corporate social responsibility and market reciprocity to measure the inclusion of Hispanics in Corporate America. HACR’s mission is to advance inclusion to a level commensurate with the economic contributions of Hispanics in the United States, currently the nation’s fastest growing consumer segment.

Key highlights from this survey include:

The HACR CII is conducted annually by the HACR Research Institute, led by Dr. Lisette Garcia. The Institute is devoted to objective research, analysis and publication of Hispanic-related issues in Corporate America. “On behalf of HACR’s Board of Directors, we congratulate all of this year’s HACR CII participants for their commitment to Hispanic inclusion,” said Dr. Lisette M. Garcia, director of the HACR Research Institute. “Forward thinking companies such as these recognize the importance of using data and analytics to identify gaps which can be used to help frame strategic plans to impact change and keep up with the demands of the ever changing diverse marketplace.”

The complete 2014 HACR Corporate Inclusion Index can be found on HACR’s website, www.hacr.org.

Nebraska’s Hispanic/Latino population could triple by 2050

Nominations are open for the 14th annual Latino Trendsetter Awards