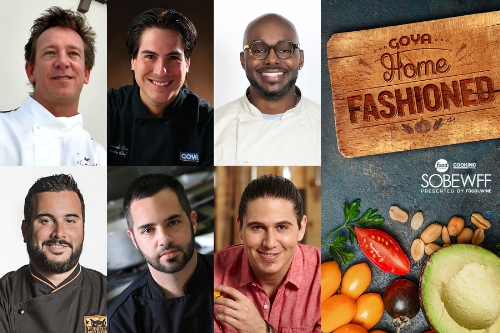 “Goya strives to make cooking great-tasting and authentic Latin recipes easy and fun for everyone – from the expert chef to the home cook,” said Frank Unanue, president of Goya Foods of Florida. “That is why this year we will continue to showcase our Latin flavors through myriad ‘Home Fashioned’ activations throughout the festival that pay homage to home cooking and comfort food.”

Goya, will delight guests with the brand’s authentic Hispanic flavors during three signature events throughout the Festival:

The 15th annual edition of SOBEWFF, America’s favorite wine and culinary extravaganza, will once again benefit Florida International University’s (FIU) Chaplin School of Hospitality & Tourism Management and the Southern Wine & Spirits Beverage Management Center. To date, the Festival has raised more than $22 million for the School. Tickets for these select events and others are available atwww.sobefest.com, and via phone at 877-762-3933.