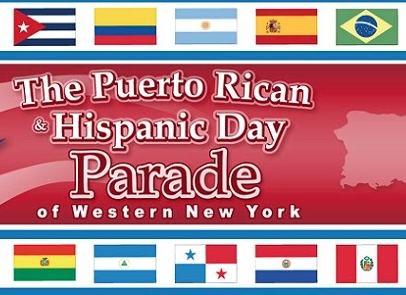 The Goya food company will bring a float from New York City to join the 13th annual Puerto Rican and Hispanic Day Parade next month. Goya, which has plant in Angola, will be represented by Public Relations Director Rafael Toro in the parade that

starts at 1 p.m. Saturday Sept. 12 at City Hall. This year’s theme celebrates the community’s roots and cultures. Retired Puerto Rican heavy weight champion John “the Quietman” Ruiz will march and sign autographs. Before the parade, a family 5K run and walk will start a noon and is organized by the Hispanic American Veterans Memorial Inc. In honor of the weekend, the Peace Bridge will light up in the colors of Latin American countries. Festivities start along the waterfront at LaSalle Park Friday, Sept. 11 with rides, food and a free concert by a Mexican mariachi band and singer Brenda Starr.