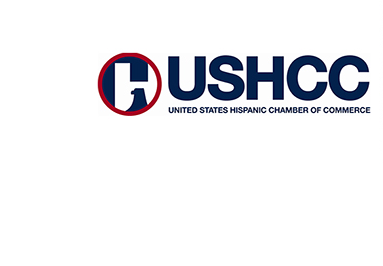 In 2012, Mr. Palomarez joined Governor Jeb Bush on an education panel at the Republican National Convention in Tampa alongside former Secretary of State Condoleezza Rice and former U.S. Representative Eric Cantor. Governor Bush, who made education policy reform a priority during his time leading Florida, spoke about education as a key component of economic development.

“The USHCC has been delighted to work with Governor Bush in the past, and are pleased to have him address our members at this year’s National Convention. As an association that represents 3.2 million Hispanic business owners, the USHCC has an accountability to ensure their voices are heard by each candidate — not only as business leaders, but as tax payers, campaign donors, and ultimately as voters,” said USHCC President & CEO Javier Palomarez. “Our association offers a nonpartisan platform for members of all parties to speak on the issues that most deeply affect all Americans. We look forward to hearing Governor Bush discuss his vision for engaging and working with the America’s small business community.”

Signature events of the USHCC National Convention include the Million Dollar Club (MDC), which recognizes companies that invest $25 million to $1 billion in Hispanic-owned businesses; the HBE Elite Luncheon, which pays tribute to the largest Hispanic Business Enterprises (HBE) in America; the ERG Summit, the only event of its kind which brings together the Employee Resource Groups (ERG) of over 100 corporations looking to increase diversity, develop talent, and recruit the best and brightest employees; and the CEO Panel, a candid, revealing, and informative discussion with some of the business world’s most respected chief executives about management style, leadership philosophy and the economic outlook in today’s global market.