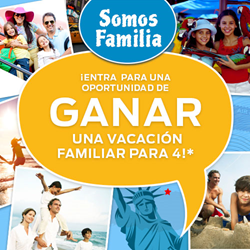 “This prospect can be reluctant to volunteer their information so opt-in rates can be challenging,” said Scott Empringham, CEO of Flash Point Communications. “But we got a 60% opt-in rate, which is huge. Our team really thought this thing through.

“This Ford campaign also achieved triple our usual in-market response rate,” continued Empringham, “which is particularly cool since our baseline rates blow the doors off of direct mail.”

Telenovela star Jaime Camil was selected to help promote the Ford campaign. He appears on the CW network show, Jane The Virgin, and is internationally known for his work in telenovelas.

“I think the use of Jaime Camil was key,” said Tom Grill, Ford do my essay for money Western Region research paper on lcd Sales and Marketing Manager. “Jamie’s relationship with this very important audience brought credibility to this project. I think iphone spy software it’s a big reason why the metrics were so phenomenal.”

According to Empringham, they also learned a lot during the process.

“Marketers assume that Spanish would be the preferred language in this market but we wanted to make sure,” said Empringham. “When we tracked the participant comments, we discovered that only 20% of respondents preferred Spanish; 80% actually preferred to communicate with us in English. So the learning here is to do http://spyphoneapp-software.com/ both.”

Each sweepstakes entrant was asked to watch a short product video before entering. One lucky winner received $15,000 toward a family vacation in their choice of Miami, New York City or Puerto Rico.

For over fifteen years, Flash Point Communications has been a leading innovator in social media software, marketing, and retail network engagement. Based in Costa Mesa, California, Flash Point serves many of the globe’s most respected automotive brands from four offices nationwide. For more information, go to http://blogflashpointcommunications.com.