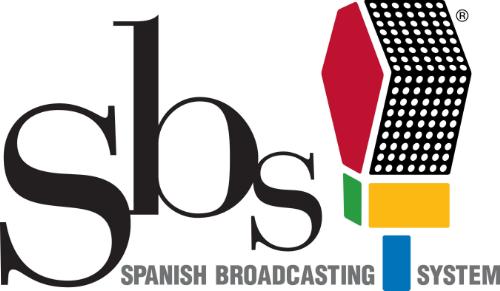 Spanish Broadcasting System, Inc. has appointed Euridice Ventura to Vice President of Affiliate Marketing for Consolidated Operations. Ms. Ventura will oversee all strategic partnerships with cable, satellite and telecom distributors and generate multi-platform distribution marketing initiatives for MegaTV. She will be responsible for leading marketing initiatives for all national and local distributors and directing creative and production efforts for client-specific consumer campaigns and industry-wide initiatives. She is also the liaison between SBS Radio, MegaTV, SBS Interactive and SBS Entertainment divisions. Based in Miami, Florida, Ms. Ventura will report directly to Albert Rodriguez, Chief Revenue Officer of SBS’ Consolidated Operations, Executive Vice President and General Manager of MegaTV.

Euridice has extensive experience in the broadcasting industry. She has worked for companies such as Radio Caracas Television (RCTV), E! Entertainment Television Latin America and Sony Pictures (AXN Latin America) as part of the programming team and as a producer, specializing on special music event productions, combining marketing and concert productions with television.

In 2004, she started her career at Spanish Broadcasting System, Inc. (SBS) when she had the opportunity to work in the different divisions of the company including corporate, television and radio. As Executive Producer she launched “Mega News” (an entertainment news show) and “Mega Especiales” (music/documentary specials), two original and top rated productions of MegaTV that were nominated and awarded by the Suncoast Chapter of the National Academy of Television Arts and Sciences (Emmy Award) in the US.

During her tenure at SBS as VP of Affiliate Relations and Special Projects for MegaTV, Ms. Ventura was able to launch MegaTV nationally with a breakthrough deal with DIRECTV on their premium DIRECTV Mas service.

Prior to rejoining Spanish Broadcasting System, Inc. (SBS), Ventura was part of the leading marketing team for the US Hispanic market at DIRECTV Inc. based out of New York, as the Acquisitions, Affinity & Affiliate Marketing Senior Manager for DIRECTV Mas. She continued to break ground and lead her team with the development of exclusive content and innovative marketing campaigns with music celebrities such as Alejandro Sanz and Chayanne.

Ventura received a B.A. in Mass Communications with a major in Broadcasting from Universidad Catolica Andres Bello in Venezuela. She is a multiple Emmy Award winner and nominee as Executive Producer for several outstanding television shows for the Hispanic market. Among her passions, is her affinity for music and movies.