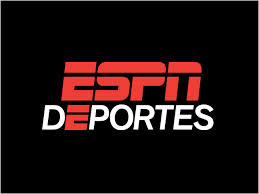 This 35th season of The Telly Awards recognized ESPN International and ESPN Deportes with nine Telly Awards, honoring some of the network’s very best films, documentaries and programs.

“It is our mission to serve sports fans any time anywhere,” said Rodolfo Martinez, Vice President of Production, ESPN International and Deportes. “The Telly Awards we received serve as a testament to our commitment and dedication to offering unique programming with high-quality production.”

The Silver Telly Awards include:

A documentary series uncovering the sport’s most intricate stories. Featuring superstars of the past and present, the series profiles players like Lionel Messi, Chicharito and Diego Maradona, among others; and travels to countries all over the world. El Viaje de San Marino takes an interesting approach in showcasing the lowest-ranked FIFA team.

Capitales del Futbol is the first documental series and sports feature to profile cities where soccer is a way of life. The third season presented five new chapters: Rome (Italy), London (England), Guadalajara (Mexico), Medellin (Colombia) and Montevideo (Uruguay.) In London, the new music generation, eclectic gastronomy, abundance of parks and diverse inhabitants make it a suitable place for a game played and admired in every corner of this urban city.

The Bronze Telly Awards include:

Guest analyst Julio César Chávez Sr. joins Bernardo Osuna and David Faitelson to host the 30-minute boxing series, capturing all the weekend’s action and servings as a post-fight arena, offering expert opinion, debate, analysis and boxing tips. Viewers are invited to interact with the program via phone and online.

El Bar redefines how, where and what a ‘talk-show’ is supposed to be: intimate, authentic and spontaneous. The ESPN personalities highlight experiences to bring never-before-seen exchanges – between high-profile personalities with diverse backgrounds – to the audience.

ESPN’s Jason Bennett goes behind-the-scenes with Australia’s first World Tour pro cycling team, Orica GreenEDGE. An exclusive all-access 1-hour insight into the hard work and dedication required (both on and off the bike) to succeed in the highly competitive world of professional cycling.

Game 6 of The Finals on ESPN Deportes broke records as the second highest-rated and second most-watched NBA game ever on the network. Game 6 was also telecasted across Latin America.

Founded in 1979, the Telly Awards is the premier award honoring outstanding local, regional, and cable TV commercials and programs, the finest video and film productions, and web commercials, videos and films. Winners represent the best work of the most respected advertising agencies, production companies, television stations, cable operators, and corporate video departments in the world.

Social Media Makes Us Lazy? No, Not Really