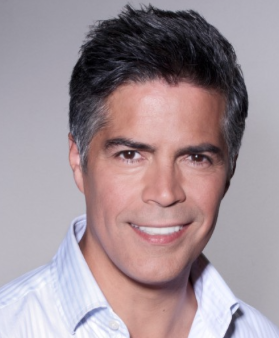 Esai Morales has been selected by The Arpa Foundation for Film, Music & Art as the recipient of their 2015 Lifetime Achievement Award. The award will be presented on Sunday, November 15th at the closing festivities of their Arpa International Film Festival Awards awards ceremony to be held at the Egyptian Theater in Hollywood.

Esai Morales is known as one of the most respected actors in Hollywood and his passion for issues that affect the Latino community are well known.  In 1997 he co-founded H the National Hispanic Foundation for the Arts, and organization he co-founded to to advance the presence of Latinos in the media, telecommunications and entertainment industries. The NHFA provides scholarships to hundreds of Hispanic students in excess of one million dollars.

Morales is a fervent advocate, and proudly refers to himself as an “actorvist”.  His causes range from social issues, the environment to the political arena.  The Arpa Foundation to receive the Lifetime Achievement Award recognized this and the impact he made as an actor and a role model. Moreover, his ideals align themselves with those of the Foundation and his exemplary body of work spans over 3 decades.

Morales made his feature film debut in Bad Boys in 1983 alongside Sean Penn but it was his breakthrough role in La Bamba directed by Luis Valdez that made him a star, contributing to making the film the most commercially successful Latino-themed rock biopic of all time. To this day, his role as Bob Morales continues to captivate audiences and can be seen across a variety of media platforms.

Most recently Morales played the President of the United States in the satirical HBO series The Brink, one of only three actors to have had the privilege with the other two  fellow actors Martin Sheen and Jimmy Smits both played the the president in the West Wing.  He also just finished filming the second season of El Rey’s From Dusk Til Dawn:  The Series.