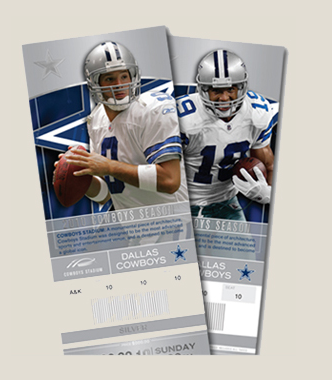 Pop superstar Enrique Iglesias  will be the featured performer for The Salvation Army’s 15th annual Red Kettle Kickoff during halftime of the Dallas Cowboys Thanksgiving Day game against the Miami Dolphins on November 24, 2011. Enrique’s live nationally televised performance will mark the start of the 120th anniversary of the Army’s iconic Red Kettle Campaign, which began in San Francisco in 1891.

The iconic kettle campaign is the largest and longest running fundraiser of its kind and raised a record $142 million in 2010, with more than $1.4 billion raised since the Dallas Cowboys Thanksgiving Day partnership began. To celebrate the 15th anniversary of this iconic musical partnership, fans will have an opportunity to win an expense-paid trip to see the Cowboy’s game and halftime show performance by signing up to be an online virtual bell ringer at http://www.OnlineRedKettle.org.

One of the most celebrated and recognized Latin Artists of all time, Enrique has sold more than 65 million albums worldwide. Most recently, Enrique was on a sold out arena tour in support of his 2010 smash-hit album, Euphoria. The album has sold 4 million copies worldwide and includes the hits “I Like It,” “Tonight (I’m Lovin’ You)” and the new single “I Like How it Feels” featuring Pitbull. Enrique has won a Grammy and a Latin Grammy, as well as 16 Billboard Music Awards, 23 Billboard Latin Music Awards, 5 American Music Awards and 7 World Music Awards.

As part of the Red Kettle Kickoff, fans of Enrique Iglesias and the Cowboys will be eligible to win a trip for two to the Thanksgiving Day game in Dallas by signing up to host an Online Red Kettle at http://www.OnlineRedKettle.org. The person who recruits the highest number of donors to give to their individual “virtual kettle” before 12 noon on Friday, November 18th will be eligible to win an expenses-paid trip to the game and on-the-field passes for the halftime performance. Complete rules and contest details are available at http://www.OnlineRedKettle.org. Last year, more than $1.6 million was raised through Online Red Kettles to support the Christmas campaign. This year, the overall fundraising goal is $3 million.

In addition to giving to traditional and online kettles, supporters can give through the Army’s text-to-give program. Donors can text the word “GIVE” to 80888 to make a $10 donation to the Red Kettle Campaign.

From its humble origin as a fundraiser started by a Salvation Army captain in San Francisco in 1891, the Red Kettle Campaign has grown into one of the most recognizable and important charitable campaigns in the United States. As part of the campaign, more than 25,000 Salvation Army workers and volunteers spread throughout the country to ring bells daily and solicit spare change donations to the iconic red kettles from holiday shoppers. In 2010, the campaign raised more than $142 million nationwide, a new record supported by the public’s nickels, dimes, quarters, dollars, credit cards (and the occasional diamond ring or gold tooth) all collected and used to help people in the communities where they were raised. Last year, the funds helped The Salvation Army provide food, clothing, toys and other assistance to 30 million Americans in need.