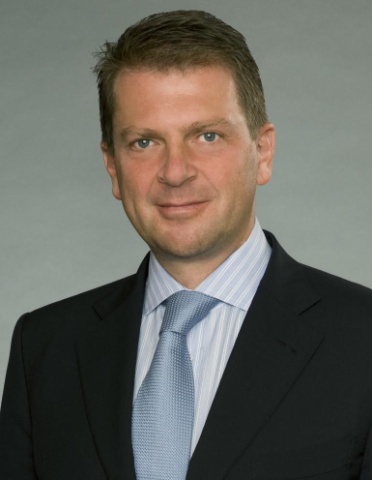 NBCUniversal has named Emilio Romano as President of Telemundo beginning in October. As President, Romano will lead the Telemundo broadcast network and its 14 owned stations, including the Entertainment Division and Telemundo Studios – the No. 1 producer of original Spanish-language prime time content for US Hispanics. Additionally, he will oversee the Emmy-Award winning News and Sports divisions, Telemundo International, Telemundo’s Digital Media group, and the network’s sales and marketing units. He also will have oversight of mun2, the fastest growing lifestyle cable network for young bicultural Latinos.

“Emilio is the ideal executive to lead Telemundo as we continue to build on our record breaking performances this year,” said Lauren Zalaznick, Chairman NBCUniversal Entertainment & Digital Networks and Integrated Media, to whom he will report. “His extensive knowledge of Hispanic media combined with a proven track record running large scale businesses will be a great addition to the Telemundo management team. We will benefit greatly from his expertise across multiple media platforms — particularly in the Mexican market — as we continue to broaden Telemundo’s overall appeal in the vibrant and diverse Hispanic community.”

“I am honored to be joining this superb team of professionals at Telemundo and NBCUniversal and to be part of the transformation taking place within the US Hispanic media market,” said Romano. “As reflected in the latest US Census and the dramatic increase in both viewership and advertising within the Hispanic community these past few years, this exciting market is well poised for explosive growth. Telemundo has found in NBCUniversal and Comcast the ideal partners to leverage this growth and continue to build a world-class media company that will inform, educate, inspire and entertain Hispanic viewers in the US and audiences around the world.”

Romano’s impressive career spans the media, Internet and aviation industries where he has held a wide range of senior leadership positions over the past two decades, from start-up entrepreneurial roles to running large-scale business operations.

During the late 90s, Romano was Grupo Televisa’s Director of Mergers & Acquisitions and later Vice-President of International Operations with oversight of more than 500 global employees. From 1995 to 1998, he was a member of the Board of Directors for Univision Communications and directed several high profile transactions including the Sky Latin America joint venture with The News Corporation, Organizações Globo and TCI; the sale of PanAmSat to Hughes Electronics and the formation of Via Digital DTH venture for the Iberian Peninsula. Romano also was responsible for Televisa’s operations outside of Mexico, including the record label Fonovisa and the worldwide programming distribution arm Protele. Additionally, he co-managed Cablevisión, the largest cable network in Mexico.

In 2001, Emilio co-founded Border Group, LLC, and served as an advisor to several entertainment and media companies. He was a member of the Board of Directors for Claxson Interactive, a multimedia company providing branded entertainment content for both Spanish and Portuguese speakers.

More recently, from 2004 to 2007 he served as CEO for Grupo Mexicana de Aviacion where he was responsible for the airline’s largest financial restructuring in its 87-year history. During his tenure he also organized the launch of the first low-cost carrier in Mexico: Click Mexicana and engineered the sale of Mexicana de Aviacion to a Mexican investor group.

At the beginning of his career, Romano held various positions within the Mexican Ministry of Finance including, General Director of Revenue Policy and Federal Fiscal Attorney. Additionally, he was the chief negotiator for more than 50 tax and customs treaties, as well as tax and customs matters relating to NAFTA.

A native of Mexico City, Romano resides in Miami with his wife and two daughters.