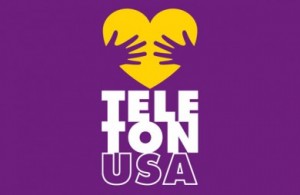 El Clasificado, EC Hispanic Media, Sunrider International and Northgate were proud sponsors and supporters of the “Last Mixter of the Year,” that took place on November the 21st, a generous event benefiting the Teletón USA Foundation. It was the good-hearted attendees who made it possible for El Clasificado to raise $2,200.

Sunrider International, a manufacturing company of natural products with presence in over 40 countries in the world and more than 2,000 stores, was kind enough to lend their premises in Torrance, where the event took place.

Arturo Casas, El Clasificado’s Corporate Affairs Manager, was in charge of delivering excellent news for Teletón USA, as he was the one who handed the check. “El Clasificado and its media conglomerate became involved with this noble cause due to the excellent job the Teletón foundation has done in Latin America, México and now in the United States. Once I told Martha de la Torre, El Clasificado’s CEO, about this extraordinary project, she was eager to support it,” said Casas.

Noticeably thrilled due to the support received throughout the event, Liliana Macías, Fundraising Program Promoter for Teletón USA in California, thanked the attendees and sponsors for their interest in this special project. “We were not expecting to receive this check on behalf of El Clasificado. We greatly appreciate your donation. Thanks to donations like these and people like you, we will be able to open the first Teletón Children Rehabilitation Center in San Antonio, Texas,” she said.

Jonathan Beutler, International & Public Affairs of Sunrider International, said he felt honored to host an event looking to help children with disabilities. “We feel honored to support the Teletón USA Foundation. For years we have committed to improve the lives of everyone all over the world. Sunrider has been working hand in hand with the United Nations supporting different international projects that help out less fortunate children in diverse areas worldwide. It is a privilege to be with you tonight.”

Mr. and Mrs. Armendáris, parents of Belén (RIP) shared their testimony with the attendees as Teletón’s beneficiaries. “Although we think we have everything we need here in the United States, this country does not offer these types of services for children with disabilities. We had to go to México in order to help Belén with her therapy and even after her passing, we still contribute to the foundation as we do not want other parents to go through what we went through,” they said.

Such an event could not be completed without delicious food, this time courtesy of Manjar Peruano, Fernando’s Peruvian Restaurant and Sizzler, who were in charge of pleasing the attendees’ palates.

“The Great Hispanic Family United by our Children” was the slogan, with which the first Teletón USA took place on December, 2012. The goal was to reach 7 million dollars. However, this was surpassed as they raised 15.2 million.

On December 14th and 15th the Teleton USA 2013 is looking to raise a similar amount to last year’s. Funds that will continue to help children who are in need of rehabilitation.

EC Hispanic Media is a Los Angeles-based company with headquarters in Norwalk, California. Through its flagship print product, El Clasificado, EC Hispanic media reaches 1,5 million Hispanics on a weekly basis. Its footprint extends from the Central Valley of California to San Diego and Yuma, Arizona with a distribution of 510,000.

Teletón USA is a nonprofit organization looking to raise funds towards the construction of rehabilitation centers in the U.S. by organizing fundraising events. The mission of this organization is to promote human values and a culture that encourages social integration of people with disabilities. This initiative began on 2013 hosting charity events and raising over $15 million. This funds were invested in the first children’s rehabilitation center in USA.

Jennifer Lopez & Anthony team up with Fuller for new show

What’s Next In Social Media?

USHCC Announces New Members of the Board of Directors