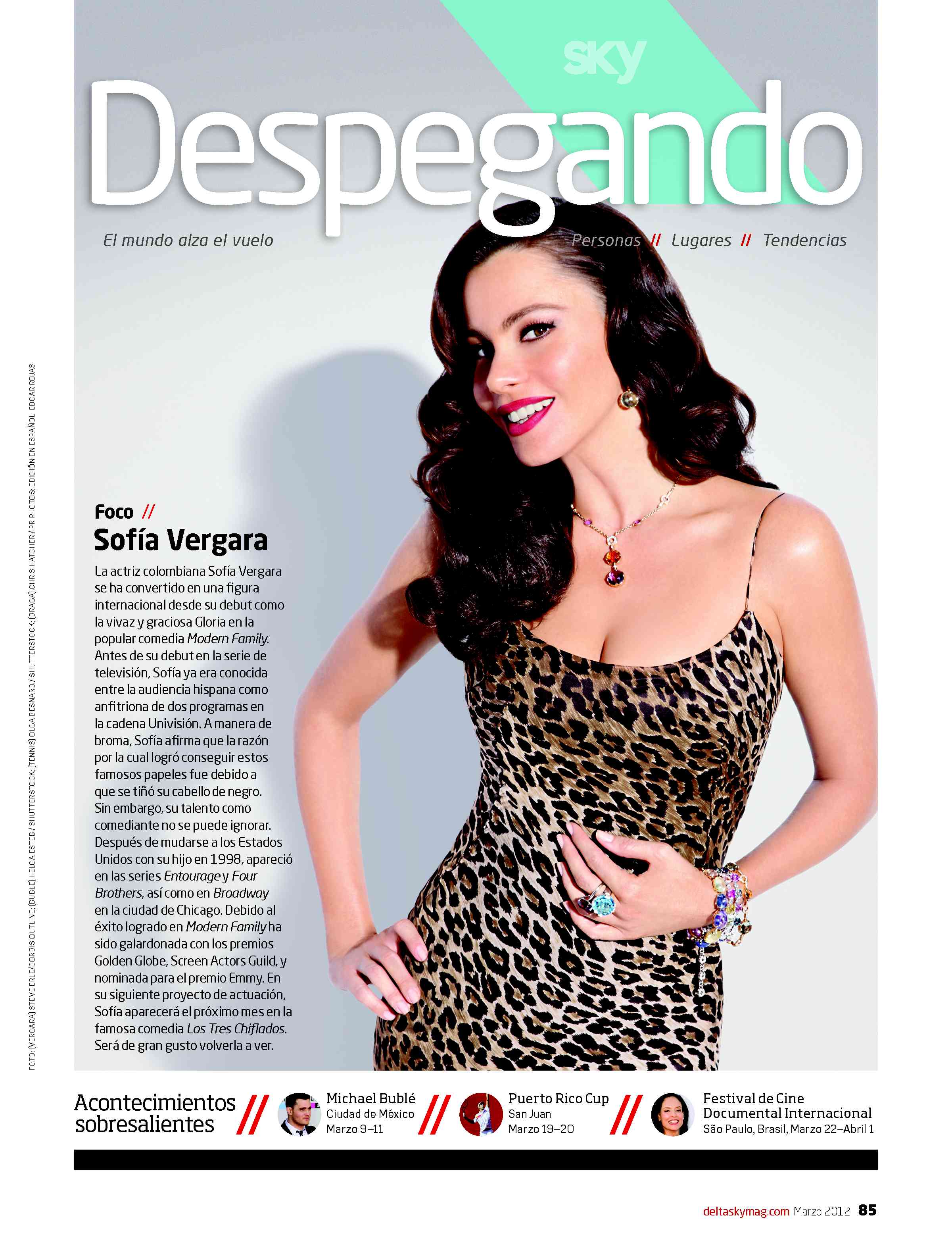 Delta Air Lines has launched Despegando, a new Spanish-language section of SKY magazine. The first issue of the eight-page section, which will be available in the March 1 edition of SKY, features Colombian actress Sofía Vergara. It also highlights places to discover, explores style and inspiration, offers travel advice and celebrity interviews among other features tailored to Delta’s Spanish-speaking customers.

The new publication comes as Delta continues to strengthen its presence in Latin America, and will profile a celebrity in each issue.

“Despegando is the latest benefit for Delta’s Spanish-speaking customers as we work to become the best U.S. carrier in Latin America,” said Nicolas Ferri, vice president — Latin America and the Caribbean. “In recent months we’ve strengthened our Latin American network, launched in-flight service improvements and we’ll have even more news in coming weeks.”

Other features in the first issue of Despegando include:

Despegando is tailored for Latin Americans who live in or travel to and from Latin America, as well as Latin Americans living in the United States. The insert will appear monthly in the 600,000 copies of the full press run of SKY magazine, which can be found on board every Delta flight, at Sky Clubs and Delta Private Jets.