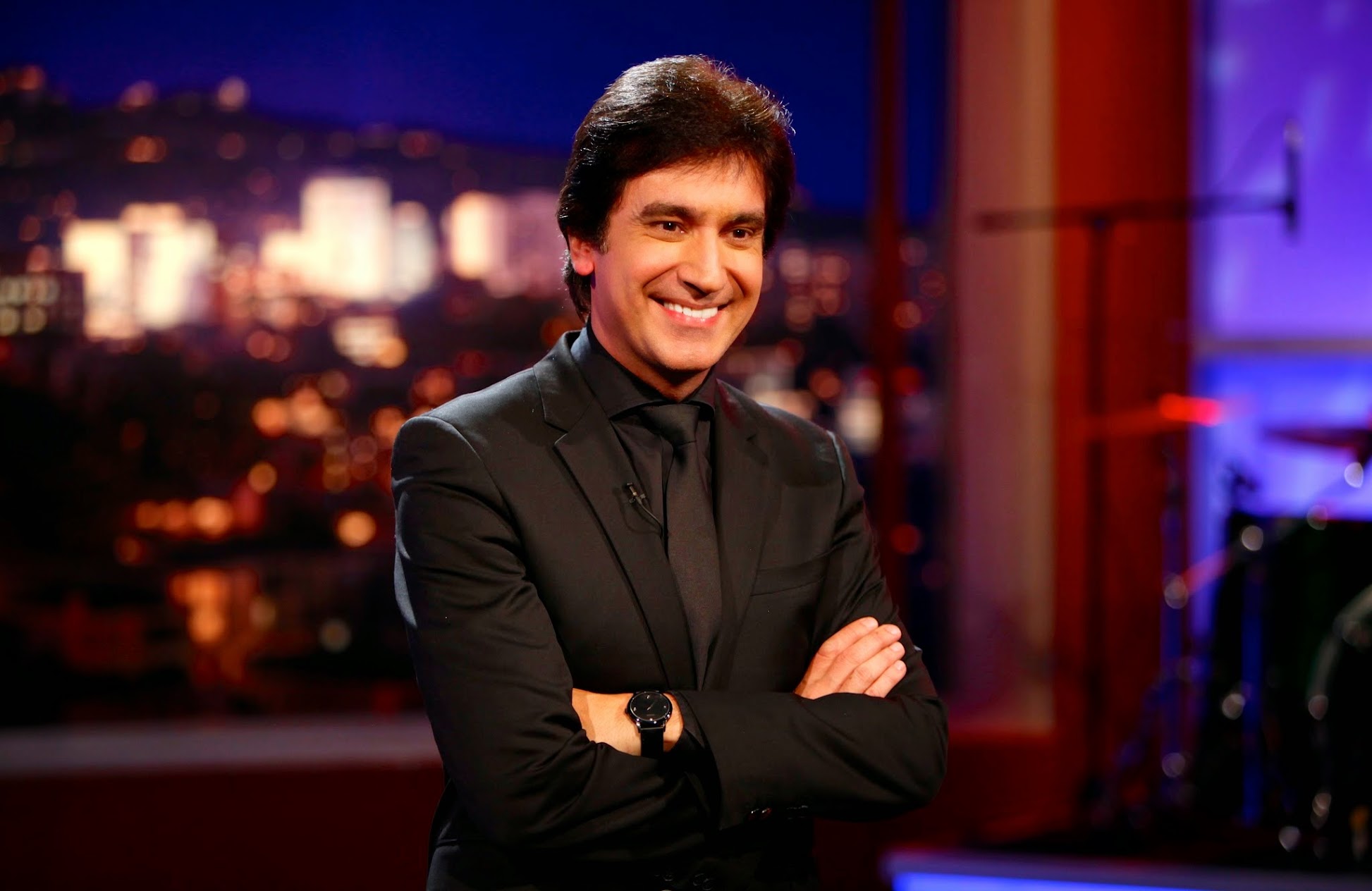 Surge a varied and entertaining show format “Late Night”, classic, innovative, and informative for the whole family, premiering this Monday 20 October at 11:30 pm in AmericaTeVe.

With monologues that appeal to everyday life, funny celebrity interviews of the Hispanic world, music, humor and a mixed salad of topics of interest for all ages, DANTE GEBEL, your host will inject energy with a touch of humor in a framework of positive entertainment in the new program, “Dante Night Show.”

Done in the entertainment capital, Hollywood, California, Dante proposes hilarious stories of everyday life such as marriage, female occurrences, the latest film, language problems, children, teens, in-laws and even the lies we grew up with … all accompanied by stories and daily maximum media interest topics discussed in social networks.

All opening “DANTE NIGHT SHOW” was filmed at Universal Studios, in the amazing UVS1 the virtual scenario Universal (a huge 36-degree set of green screens, which have been filmed many scenes from famous films). In them, Dante will play legendary film scenes from the Wild West, science fiction, disaster movies, and even the black and white classic. The creation of the set was given by the famous Joe Stewart who also designed the sets of Connan O’Brien, Craig Ferguson and other figures of the late night format in addition to the sets of shows like Friends and scenarios and the Oscars Billboard.

In a segment worthy of its name, Dante will present the program “El Angel” in celebration of solidarity with thousands of Hispanics, anonymous and showing commendable work done by citizens delivered to causes or projects and their poignant personal stories that demonstrate that it does not to be a millionaire to be representative of the true value and incalculable spiritual seizes “angels without wings.”

– “We will be the new option for all nights,” stated the driver. “It is an honor to respect the time families spend together to gather together feeds heat their homes.”

-. “Give them this new option that directly impacts the soul of our viewers AmericaTeVe to show” DANTE LATE NIGHT “, it fills us with emotion know that can end your day with a positive and fun note family, is a great incentive for us, “allege Omar Romay, president of AmericaTeVe.