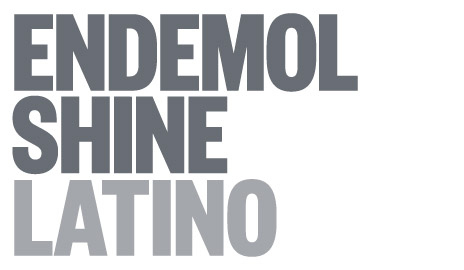 The new Spanish-language division comes on the heels of the recently completed joint venture that brings together Endemol, Shine and CORE Media, to create a global content creator, producer and distributor with one of the most extensive and diverse portfolios of international hits in the world.

The Endemol Shine Latino team is based in Miami and covers all Spanish-language sales and production in both the U.S. and Mexico.

“Both Daniel and Mauricio’s skillsets perfectly complement each other, as both have more than 20 years of sales and production experience respectively in the Spanish-language marketplace,” said Endemol Shine North America’s Abrego and Corwin. “And their new team now has the resources and backing of the Endemol Shine Group, with one of the most extensive and diverse portfolios of international hits in the world.”

“We are very excited to offer our U.S. and Mexico-based clients the combined power of the Endemol and Shine programming catalogs, as well as our award-winning production and development teams,” said Rodriguez. “And in addition to our hit unscripted and scripted formats for traditional media, we’re looking forward to using our experience to become a major provider of Spanish content for alternative platforms.”

“The last few years with Endemol Latino have truly been a rewarding experience for me and I am grateful to continue my career now as part of the Endemol Shine Group,” said Piccone. “The addition of both Daniel and Sergio places Endemol Shine Latino into an extraordinary position to grow all areas of our business in this very dynamic market.”

Rodriguez, who has worked in international production, sales and acquisitions for more than 25 years, was named Shine Group’s Vice President, Sales for Latin America in May 2014. In his previous role, Rodriguez was responsible for tape and format sales, as well as business development for the unit across Latin America. Rodriguez joined Shine Group from Cisneros Media Distribution, where he served as Director of Sales, overseeing group sales and business development for key territories in South America and Europe.

Since 2010, Piccone had served as Senior Vice President, Endemol Latino USA, where he oversaw the Hispanic market in both the U.S. and Mexico. During his five years with Endemol Latino USA, Piccone produced and led the production of such successful series as “Mira Quien Baila” (Univision & Televisa), “Yo Me Llamo” (Telemundo), “A Todo O Nada” (Azteca), “Impractical Jokers” (Turner) and “Que Viva” featuring Jennifer Lopez and Marc Anthony (Univision).

Prior to joining Endemol Latino USA, Piccone worked in production for Endemol Mexico,and was based in Mexico City, Mexico. There he served as an executive producer on regional versions of “Fear Factor,” “Blind Faith” and “All You Need is Love.” Previously Piccone was a showrunner/executive producer on “Mexico’s Next Top Model” and “Ya Es Mediodia en China” for Sony Entertainment Television, as well as “Rides Latin American” for Discovery.

Lazarov, who joins Endemol Shine Latino as Vice President, Production, comes with a great deal of experience in the U.S., Spain and Romania. Lazarov most recently directed two seasons of “La Voz Kids” for Telemundo and also served as executive producer for Telemundo’s “El Artista.” Lazarov has directed more than 200 hours of musical performances and live television internationally.