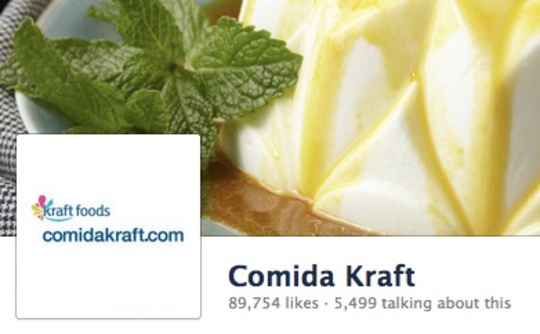 Comida Kraft, an 11-year-old online initiative aimed at Latina moms, has become increasingly centered on social marketing in recent years. Facebook’s Timeline for brands has only added to that focus, said Tania Cameron, associate director of CRM for Kraft Foods. She said Timeline’s historical nature creates an opportunity for her team to better tackle the sub-cultural issues of marketing to U.S. Latinos from numerous countries of origin.

On Comida Kraft’s Timeline, for instance, her team highlights when the U.S. officially recognized Cinco de Mayo as a holiday. In 2006, President George W. Bush proclaimed an observance of the day, which commemorates Mexico’s 19th century military victory over France. Another Comida Kraft post heralds how immigrants brought shaved ice treats to the U.S. in 1926 from Puerto Rico and Peru.

With Timeline, Cameron explained, “We took the approach to be interesting and give our viewers a little bit of education. It’s a way to celebrate who are here in the United States.”

Read the entire article at Clickz.