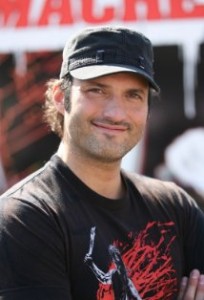 Comcast has selected four new minority-owned independent networks to be broadly distributed on Comcast Cable systems between April 2012 and January 2014. After a thorough evaluation of more than 100 proposals, Comcast selected four networks ― two of which are majority African-American owned and two that are majority American Hispanic owned and operated and programmed in English.

“Comcast is committed to delivering programming that reflects the interests of our customers, and we look forward to integrating these great networks into our rich programming line-up.”

“We are thrilled to work with such talented individuals to launch these new networks that will bring exciting and fresh content to consumers,” said David L. Cohen, Executive Vice President, Comcast Corporation. “Comcast is committed to delivering programming that reflects the interests of our customers, and we look forward to integrating these great networks into our rich programming line-up.”

Comcast made a series of voluntary public interest commitments in connection with the NBCUniversal transaction, one of which is to launch 10 new independently owned and operated networks over the next eight years. Of the 10 networks, four will be majority African-American owned, two will be majority American Latino owned, two will be operated by American Latino programmers, and two will provide additional independent programming. Ultimately, each of the 10 networks will be added on select Comcast systems as part of the digital basic tier of service.