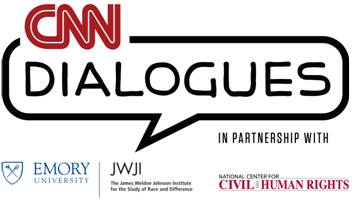 CNN Dialogues, the forum for community discussion launched by CNN, the James Weldon Johnson Institute for the Study of Race and Difference at Emory University, and the National Center for Civil and Human Rights last month will host its second event, “Living in the Age of Social Media – the Good, the Bad, and the Surprising” at The Ray Charles Performing Arts Center at Atlanta’s Morehouse College.  On Wednesday, Oct. 12 at 7:00pm ET, CNN anchor Don Lemon will facilitate a dynamic discussion that will examine how digital innovation has impacted our lives, how we conduct business, and changed concepts of identity, privacy, and community.

Social media is driving major change in politics, business, and culture – and even serving as a major agent of revolution in the Middle East, and humanitarian efforts around the world.

Also leading the forum are:

This is the second of three CNN Dialogues programs in a series to be presented this calendar year.  In December, the final CNN Dialogues of 2011 will focus on the effect of greater openness on lesbian, gay, bisexual, and transgender communities.