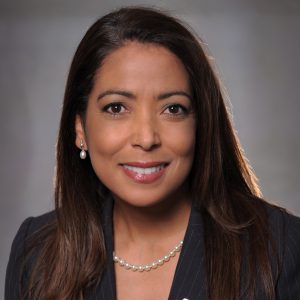 In her role, Kolbjornsen will oversee public affairs, corporate social responsibility, community engagement and partnerships in support of NBCUniversal Telemundo Enterprises’ business goals. She will lead the Corporate Affairs division and act as a liaison to the company’s government affairs division. She will help create, implement and market Telemundo’s award-winning corporate social responsibility platform “El Poder En Ti” (The Power in You) initiatives across Telemundo and oversee the development and management of external community sponsorships.

“We are thrilled to welcome Christina to the NBCUniversal Telemundo Enterprises,” said Gil. “She brings a wealth of experience in corporate affairs and reputation management, as well as deep community connections across the country that will allow us to build on our award-winning programs and enhance our support to our stakeholders to better serve the US Hispanic community.”

About NBCUniversal Telemundo Enterprises:
NBCUniversal Telemundo Enterprises is a world-class media company leading the industry in the production and distribution of high-quality Spanish-language content to U.S. Hispanics and audiences around the world. This fast-growing multiplatform portfolio is comprised of the Telemundo Network and Station Group, Telemundo Deportes, Telemundo Noticias, Telemundo Global Studios, Universo and a Digital Enterprises & Emerging Business unit. Telemundo Network features original Spanish-language entertainment, news and sports content reaching 94% of U.S. Hispanic TV households in 210 markets through 30 local stations, 51 affiliates and its national feed. Telemundo also owns WKAQ, a television station that serves viewers in Puerto Rico. Telemundo Deportes is the designated Spanish-language home of two of the world’s most popular sporting events: FIFA World Cup™ through 2026 and the Summer Olympic Games through 2032. Telemundo Global Studios is the company’s domestic and international scripted production unit including Telemundo Studios, Telemundo International Studios, Telemundo International, as well as all of the company’s co-production partnerships. As the #1 media company reaching Hispanics and millennials online, the Digital Enterprises & Emerging Business unit distributes original content across multiple platforms, maximizing its exclusive partnerships with properties such as BuzzFeed, Vox, and Snapchat. Through Telemundo Internacional, the largest U.S.-based distributor of Spanish-language content in the world; and Universo, the fastest growing Hispanic entertainment cable network, the company reflects the diverse lifestyle, cultural experience and language of its expanding audience. NBCUniversal Telemundo Enterprises is a division of NBCUniversal, a subsidiary of Comcast Corporation.

TV shows struggle to reflect U.S. Latino presence. Will it get better?