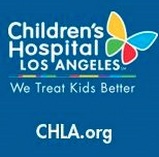 In a recent event at Children’s Hospital Los Angeles, patients Kevin Mercado and Ricardo Hernandez, diagnosed with leukemia and cystic fibrosis, respectively, were honored with a special celebration by Children’s Hospital Los Angeles and El Clasificado. The special event served as a celebration of birthdays, but more importantly, a celebration of life of these two teen Latinos facing devastating diseases.  The festivities took extra care to make sure that the two teens, who are big fans of music, video games, and soccer, were entertained throughout the party, which included a video game bus, music by Erika Vidrio, radio host for La Raza, and DJ Santa Rosa, as well as an LA Galaxy station.

Several well-known and respected personalities joined the celebration to show their support for the two Latino patients, including Jorge Miramontes, news anchor for Telemundo’s ‘Al Rojo Vivo’ and who also served as the event emcee, and renowned Los Angeles surgeon, Ricardo Zapanta and his wife, founders of Los Compadres, a philanthropic support group at Children’s Hospital Los Angeles, who also emphasized the importance of these events to continue their support to who need it the most.

Kevin Ortiz, Latin pop singer and brother to award-winning singer Gerardo Ortiz, delighted the audience by performing his single “La Indicada,” and superstar Chiquis Rivera, American Regional Mexican singer and the eldest daughter of Latin Grammy-nominated singer Jenni Rivera, attended the event in what was her first visit to the hospital since the death of her mother. Jenni Rivera was a huge supporter of Children’s Hospital Los Angeles and her family, including Chiquis, often visited the hospital.