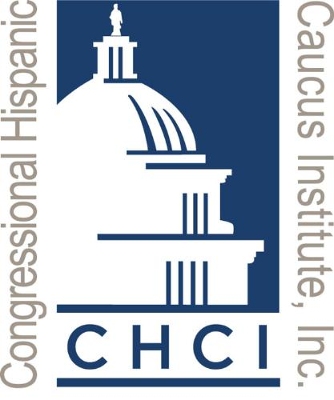 The Congressional Hispanic Caucus Institute (CHCI) today announced its new officers and members elected to its board of directors and advisory council for the 2015-2016 term.  Rep. Linda Sanchez of California will chair its board of directors. Sanchez was unanimously selected to lead CHCI for the next two years as the organization experiences continued growth in carrying out its mission to develop the next generation of Latino leaders.

“CHCI has a long history of impacting the Latino community and preparing America’s future leaders,” said Rep. Sanchez.  “I look forward to continuing the growth led by Rep. Ruben Hinojosa and the many great chairs before him, and working with all of our dedicated board and advisory council members to lead CHCI forward over the next two years.”

Rep. Sanchez first joined CHCI’s board of directors in 2003 and has been actively involved in the organization’s mission and activities over the past decade.  She has hosted four CHCI fellows and 11 Congressional interns in her Capitol Hill office, providing invaluable work experience and access to the federal government.  She has also participated in CHCI’s annual Public Policy Conference, hosting sessions that address critical issues for the Latino community in support of CHCI’s mission.

“We could not be more pleased that Rep. Sanchez will be leading the organization for the next two years,” said Esther Aguilera, CHCI President & CEO. “Her commitment to education and opportunities for our youth is well documented and her passion for the Hispanic community reflects the type of leadership we need to continue impacting Latino youth for years to come.”

The Blurring Borders of Latinos & Sports

MACY’S SPOTLIGHTS THE SPIRIT OF BRASIL THIS SPRING